Children’s summer camp provider Richard Bernstein says he has had mums and dads sobbing down the line to him.

«We had parents on the phone, literally crying, asking us to open this year,» says Mr Bernstein, director of UK company XUK Camps.

«They said they needed to take their child somewhere so they could work, and if they couldn’t they would effectively lose their jobs.»

Like children’s activities and entertainment businesses around the world, XUK hasn’t been able to open this year due to the coronavirus pandemic.

«We’ve lost 95% of our income, and we’ll make a six-figure loss [this year],» says Mr Bernstein. «We’re in a position that we’re able to ride this year out, but there will be a lot of organisations in the sector that will not be able to cope with what has happened in 2020.»

If you have young children, then you’ll realise the importance of pre- or out-of-school classes for kids – they give mums and dads a welcome break. Or if you need to stay with your little darlings, at least someone else is keeping them interested and entertained.

And for mums or dads with babies, they are a very welcome bit of socialising, a chance to meet and talk to other new mothers or fathers at what can be a lonely and challenging time.

Yet the global kids’ activities sector says it is the forgotten industry when it comes to Covid-19. Such businesses around the world say governments have failed to given them the support and guidance they have needed.

This is despite these firms also being important economically. In the UK alone there are estimated to be more than 40,000 companies offering classes and other activities for children, with combined revenues last year of £12.5bn.

In Melbourne, Australia, Carlo Chincarini’s business Fit Kicks has been closed for the past five months. His firm offers fitness and confidence-boosting classes to young children.

«We haven’t earned anything, we haven’t had any income since March,» he says. «I’m lucky that my wife is still able to work, otherwise it would have been incredibly rough.»

Meanwhile, in the Philippines, full-time magician Dale Rubio says he is now reluctantly having to look for alternative employment after bookings dried up.

«It hit me pretty hard because I don’t have another job,» he says. «I’m now looking for anything online. I used to work in business process outsourcing, so I could do that. But I love magic so maybe I’ll still do it on the side.»

Government financial support for such firms has varied from country to country. In the UK, providers have been able to use the government’s furlough scheme, while Fit Kicks has relied on an Australian government grant.

However, Mr Rubio says he has no financial support from the Philippines government.

In Canada, Veronika Tkach, owner of Princess Parties Toronto, also says she was not able to get any financial support from her government. She says she was «left high and dry» because she was considered a gig worker, or contractor. This meant that she didn’t qualify for the Canadian Emergency Response Benefit Scheme.

Mr Chincarini says these examples show that the industry is unfortunately «not taken seriously because it’s about kids». He adds: «But we are an important part of the investment that we put into our kids for the future.»

Even if firms have been able to access state financial support, such as in the UK and Australia, they say they have not had enough guidance from governments who more often don’t see them as forming a specific sector of the economy.

As a result they claim they have struggled to get answers to key questions, such as when they can reopen, the number of children they can have per class, how far apart children must be kept, and how any toys or sports equipment should be sanitised.

«The guidance from the UK government has been an absolute farce,» says Mr Bernstein. «It was late and very badly written, and not there to help the providers.»

The situation in the UK is complicated by the fact that health is a devolved matter, so the governments of Wales, Northern Ireland and Scotland can have different rules to the UK government in London.

A spokesman for the UK Department for Education said that firms in England should follow the guidelines of Public Health England.

Amid all the uncertainty, providers have been contacting each other, both directly, and via social media forums and groups, to gain and share help and advice.

«We have been trying our best to support and offer guidance,» says Felicity Sandford, who is an administrator of UK Facebook group Leap (Leisure & Educational Activity Providers) Networking.

«But as lockdown has eased there is still a lot of uncertainty regarding class sizes, venues and safety regulations.»

Ms Sandford, who owns and runs Amazing Futures, a marketing consultancy for children’s activities companies, has also been working with a soon-to-be-launched new UK trade body for the sector – the Institute for Children’s Activity Providers (ICAP).

Founder Andy Georgiou says that in the short term it aims to provide vital information to the industry. He adds: «The goal longer term is to have more ability to lobby government, and to seek [official] guidance for what is now quite a sizeable sector.»

While owners and workers in the sector obviously want everything to go back to normal as soon as possible, this is even more the case for the children going without their activities.

Elliot Beech, a nine-year-old Londoner, says he has been greatly missing his mini-rugby, which he hopes can restart next month.

«I have been really looking forward to playing rugby again in September,» he says. «If the season doesn’t start again, it will literally be the worst thing ever.»

His mum Rachel adds that Elliot, like other children around the world, has found lockdown a challenge. «Everything in his life that he loved has been taken away – his rugby stopped, his swimming lessons stopped, birthday parties have stopped, his school stopped.

«Everything was stopped overnight. For adults there’s ways around things, we can work from home, but for children it has been different.» 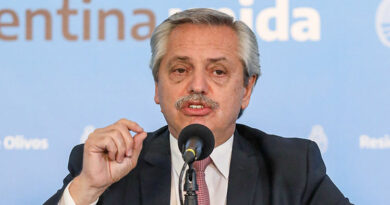 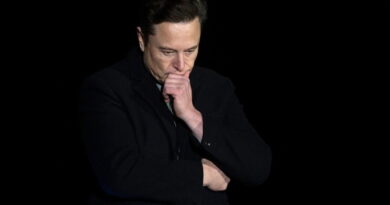