The US has threatened new trade tariffs on beer, chocolate and olives from the European Union, as part of a long-running row over subsidies to planemaker Airbus.

The US Trade Representative said it was considering duties on 30 products worth $3.1bn (£2.5bn) in trade every year.

The EU warned it would damage firms on both side of the Atlantic.

And UK Trade Minister Liz Truss said she was disappointed by the move, warning against the use of “tit-for-tat” tariffs.

The row centres on EU subsidies given to Airbus before 2004, which Washington says created an unfair advantage over the US aircraft manufacturer Boeing.

Last year, the World Trade Organization (WTO) ruled the subsidies were illegal and allowed the US to levy tariffs on EU goods, including aircraft, wines and cheese.

But it is now considering a parallel case involving illegal support for Boeing, which could see the EU imposing duties later this year.

The US said pastry and cakes, gin, cashmere clothes and hardware products could all be in the firing line for new tariffs, affecting exporters across the continent.

In a statement the EU said Washington was going beyond what was allowed by the WTO.

“It creates uncertainty for companies and inflicts unnecessary economic damage on both sides of the Atlantic,” it added.

“This is particularly the case as companies are now trying to overcome the economic difficulties in the aftermath of the Covid-19 crisis.”

Since 2017, the US has been embroiled in a damaging trade war with China, which it accuses of unfair trade practices and intellectual property theft. However, it has also trained it fire on allies including the EU.

Before last year’s tariffs over Airbus, the Trump administration had imposed duties on EU steel and aluminium – spurring Brussels to tax iconic US products such as denim jeans and motorcycles.

US-levied tariffs are paid by US businesses, which in turn may pass those costs on to consumers. The Distilled Spirits Council of the United States said its members had been hit hard by the Airbus-Boeing spat.

“EU and US distilled spirits companies have suffered enough as a result of this trade war. The longer these disputes go unresolved, the greater the threat of even more tariffs on our industry.” 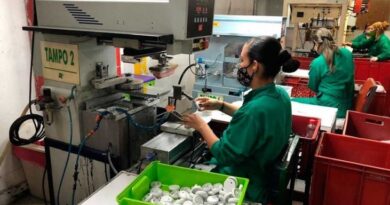