Skyrocketing demand for honey has meant that prices in the US have almost doubled over the past decade – so why are American beekeepers struggling to make ends meet?

David Bradshaw has been a beekeeper for almost half a century.

Born in Pasadena, and raised in California’s rural Central Valley, he purchased his first 200 hives while still in high school. He then worked alongside his father until they each had about 2,000.

Instead, many are on the brink of going out of business, despite the big price rise as US honey consumption has grown by more than a third over the same period.

«I do some commercial extraction for other beekeepers. And since they can’t sell their honey either, they have problems paying me.»

«These days I get paid only $1.25 to $1.50 per pound of honey, with prices falling further. To break even, I need to be paid at least $2 per pound, which hasn’t happened for about three years.»

So what is the cause of the problem? There are a number of factors, from the US importing huge volumes of low-cost honey from overseas, to insufficient labelling rules, and even outright cheating – whereby honey is mixed with cheaper ingredients, such as corn syrup.

A trip to any US grocery store indicates the issue regarding honey labels. There are shelves stacked with honey jars labelled «US grade A».

So a patriotic American might think that this is the very best quality honey to buy. Unfortunately it doesn’t actually mean that the honey in question is from the US.

Instead the term «US grade A» is a guideline issued by the United States Department of Agriculture (USDA) for some metrics of honey, such as moisture, content, colour and clarity. Grades B and C are also available.

So a jar of A could be labelled as such and then also say, often in very small print, that it is a mixture of honeys from a number of other countries.

The problem for US beekeepers is that while they say they need to be paid $2 per pound to break even, foreign honey can be imported for as little as 81 cents per pound.

The US imports its honey from a number countries, with India the biggest source, followed by Vietnam, Argentina and Brazil.

So the people making big profits from honey sales in the US are the importers and honey retail companies, not the domestic beekeepers.

However, Nicholas Sargeantson, owner of the largest importer of honey to the US, Sunland Trading, points out that the imports are vital to meet demand.

«Imported honey, in general, is coming in large volumes because the consumption here is over 500m lb (227m kg) [per year] and only 150m lb are produced domestically,» he says.

While it is perfectly legal to import and sell foreign honey in the US if the origin is stated, in some cases the country or countries of origin can be illegally hidden or mislabelled. The honey can also have been secretly and fraudulently adulterated, or bulked out, with corn syrup or other cheaper ingredients.

Sweetwater Science Labs, an independent testing lab in Missouri, says that roughly 35-40% of of consumer-instigated honey testing it conducted over the past 18 months was either adulterated, of false origin, or of poor quality because it had been overly processed, such as being overheated.

«I have been seeing more and more testing requests to verify the origin of honey, [not just from consumers] but even from growers and smaller packers testing the origins of competitor products,» says Sweetwater’s chief chemist James Gawenis.

Accusations of fraud have dogged the US honey trade for decades and Mitchell Weinberg, chief executive of food fraud detection agency Inscatech, says things remain as bad as ever. «I’ve done numerous honey investigations over the past 10 years, and I can say with certainty that the problem of honey fraud today is still huge,»

The problem for the US honey industry in dealing with this all is that the sector remains largely self-regulated, with very little government monitoring.

Take the USDA’s grading system – it isn’t actually enforced. Honeys are not routinely tested by the department, or any other federal agency.

Michael Roberts, executive director at the Resnick Centre for Food Law and Policy at the University of California Los Angeles School of Law, says the government must do more to police the US honey sector.

«There is insufficient coordination between government agencies to police honey fraud in a way that would make it effective,» he says.

This lack of coordination is quickly revealed when the USDA was asked whether its honey grading system should be strengthened. It replied to the BBC that «overall authority for food labelling is the responsibility of the FDA [the US Food and Drug Administration, which is part of the US Department of Health and Human Services]».

Its response was similar when it was asked what it was doing about the problem of adulterated honey: «Again this is ultimately the authority of the FDA.»

A spokesman for the FDA said that it «does not have any regulations governing country of origin labelling.» Instead it said it was a matter for the USDA.

However, he added that regarding honey adulteration: «The FDA considers product labelling, and the statements and representations made therein, on a case-by-case basis. [And] all statements on a food label must be truthful and not misleading.»

The problem of adulterated foreign honey coming into the US is the biggest issue, says Ron Phipps, of the International Federation of Beekeepers Associations.

«The reality is not that American beekeepers are non-competitive,» he says. «The problem is other countries are using means of production, which have been observed and documented, that allow production of huge quantities of adulterated honey whose production costs are extremely low.»

Beekeeper David Bradshaw is clear about what he would like to see. «I’d like to see [more] prominent labelling of the country of origin of all honey sold,» he says.

He also hopes to see stronger enforcement to protect US beekeepers from adulterated honey, or honey that tries to hide its country of origin, both of which suppress prices.

Chris Hiatt, vice president of the American Honey Producers Association, says that something has to be done. «We need a decent price to keep our businesses going,» he says. «It is a serious problem.» 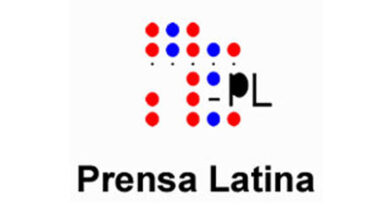 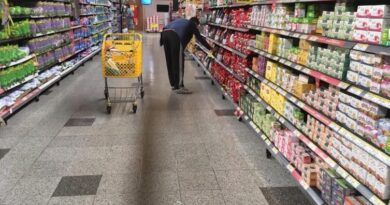 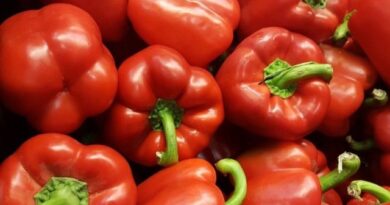