Penelope Dudley is behind on her council tax payments. Already stressed about losing her job after being furloughed, she’s worried things may soon get a whole lot worse.

Bailiffs employed to chase late payers will soon have the right to resume visits to homes following an enforced break during the coronavirus lockdown.

«The thought of bailiff charges, the thought of prison, has of course been a source of stress,» said Penelope. «But I have to trust that won’t happen. Things are slightly getting better, but they’re not getting better for everybody and it could easily go downhill again if I was unlucky.»

Some 800,00 UK households are behind on council tax, and from 23 August debt collectors can re-start work chasing payment.

According to the Local Government Association, £700m is owed in council tax since the start of lockdown – a figure that’s expected to grow.

Emergency legislation was introduced in April banning bailiffs from visiting homes to enforce debts during the Covid-19 restrictions. But next month, Penelope fears debt enforcement agents may come knocking to demand payment.

«I’ve had some help from charities and my local church, but I’m not sure how it will all be in a few months’ time. The thought of bailiffs is stressful. I had a dark moment on the phone when I was speaking to an advisor who said it [a bailiff visit] could be a prospect.»

Penelope is on furlough from her job as an usherette at a London theatre. But when the scheme comes to an end, she won’t be returning to work, as the theatre can’t afford to keep her. She is hoping to pick up acting work on the side to help pay off some debt.

The UK’s largest debt charity StepChange has told the BBC it wants the government to reconsider lifting the ban.

«Enforcement action like bailiffs can very quickly compound the financial problems of particularly vulnerable households», said Richard Lane, the organisation’s director of external affairs. «We’re worried that in the middle of a global pandemic when households are financially struggling, that’s going to make things worse.»

«If they’re financially vulnerable, sending in bailiffs is probably not going to be the right thing to do to the get back on their feet. We also want the government to give councils more flexibility about how they enforce council tax arrears collections. There are more compassionate approaches that can work.»

Paul, who asked that his surname wasn’t used, was a bartender in a Manchester nightclub until lockdown closed the venue. Concerned about being able to pay for living expenses, he applied for universal credit. But because he had to wait six weeks for the first payment to come through, he’s behind on his regular household bills.

«I’m behind on my council tax and rent. It’s been helpful that bailiff charges have not been added on and that I don’t have to worry about them knocking on my door. But I know it’s only temporary,» he said.

«The wait for furlough and universal credit was too long. If those payments had come sooner, I wouldn’t be in the situation I’m in now. It would be great if the government could pay some of the relief directly to the landlords and councils, so that I can have more money to pay off this debt I’ve accumulated.

«I start teacher training later this year and that will involve moving home. At the moment I don’t have the cash for a deposit, let alone rent. I don’t know what to do,» Paul said.

The government has said it expects councils to be sympathetic to those in genuine hardship and this should be taken into consideration before enforcement action is put in place.

A spokesperson for the Ministry of Housing, Communities and Local Government, said: «Many councils have put in place alternative payment arrangements to help people who are struggling to pay, for example by deferring payments to later in the year. Our £500m hardship fund builds on local support schemes by further reducing the council tax bills of some of the most vulnerable households by up to £150.»

For the likes of Penelope and Paul, however, this does not ease the stress. All they can do is hope they don’t receive a knock on the door and they are able to repay what they owe.

«I have relied on prayer a lot,» says Penelope. «I just have to trust that I’m going to be okay.» 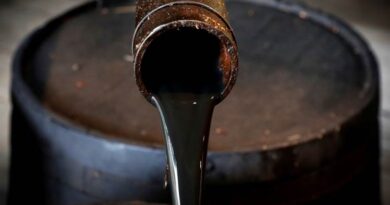