Firms are still operating at about half of their pre-virus capacity, with the economy still «in first gear,» the British Chambers of Commerce says.

The BCC’s coronavirus impact tracker – billed as the largest business survey of its type – found that on average, companies were at 53% of capacity.

Half of firms cited consumer demand and possible local lockdowns as obstacles to fully restarting operations.

The survey of firms between 6 July and 10 July revealed that the steep decline in business conditions seen at the start of the pandemic is levelling off, according to respondents.

However, almost half of firms, 46%, still reported a slight or significant decrease in revenue from UK customers compared to June.

It also revealed that 43% of businesses reported an increase in late payments from customers when compared with the last six months of 2019.

Mr Marshall added: «Businesses are grappling with reduced customer demand, an on-going cash crunch, and the potential for further lockdowns during an uncertain autumn and winter ahead.

«The prime minister’s encouragement to return to workplaces and further updates to business guidance will not be enough on their own.

«The time has come for the government to take radical steps to slash the tax burden around employment to help companies pay valued staff, rather than the revenue.»

‘Many people would find it overwhelming’

At the moment, Rick Cressman can only dream of getting his hotel back to 50% capacity. Nailcote Hall, near Coventry, is losing £40,000 a month, with bank borrowing Mr Cressman’s financial lifeline. The business had been making £3m a year.

«Fixed costs mean we must operate at scale,» he said. «We would need to operate at 50% capacity just to turn a small profit.»

His large hotel, employing 80 staff before lockdown, was a popular venue for weddings, party nights and visitors to the nearby National Exhibition Centre (NEC).

Nailcote Hall plans to re-open on 24 August, although since Mr Cressman took the decision another big NEC event he was hoping would bring in business has been cancelled. «We are taking a little bit of a punt,» he says.

However, while the BCC survey reveals many firms are still fearful about demand, Mr Cressman is confident his customers will return relatively quickly.

«Many of our bookings haven’t been cancelled, just pushed back,» he says. Even so, the hospitality sector has strict distancing rules, so getting back to the days when the hotel had average wedding parties of 100 guests could be a long way off.

Staff are gradually being brought back from furlough, with training underway and the re-arrangement of the hotel to make it Covid-19 compliant in progress.

Mr Cressman said: «We need to get up to 50% capacity with about two months. I’ve been in this business 40 years. I’m sure many people with less experience would find it overwhelming.»

The survey was carried out before Boris Johnson’s announcement last week that coronavirus restrictions will ease further in England under plans for what he called a «significant return to normality» by Christmas.

Under the new guidelines, people may use public transport for journeys immediately, while advice for employers will change from 1 August.

Companies will have more discretion to bring staff back to workplaces if it is safe to do so, the prime minister said.

However, economists said that despite the easing of the lockdown and hopes that the pace of staff being brought back from furlough would be pick up, the survey suggests the outlook for jobs was gloomy.

Jack Kennedy, economist at Indeed, an employment website which helped produce the BCC’s report, said: «The slowdown in consumer activity mirrors hiring activity in the UK.

«Today, there are 60% fewer job postings than there were before the outbreak of Covid-19, and so far there are few signs of a V-shaped recovery in vacancies.

«The furlough scheme has been an important lifeline to millions of people but the fear is there will be a sudden rise in unemployment after that umbilical cord has been severed,» he said. 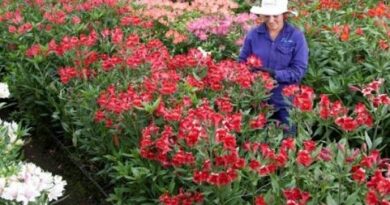 Chancellor gives diners 50% off on eating out

Walmart joins Microsoft in bid for TikTok’s US operations