Workers at Whole Foods are suing the US supermarket for punishing them for wearing Black Lives Matter masks.

The federal lawsuit says the firm discriminated against black staff by selectively enforcing its dress code.

Whole Foods, owned by tech giant Amazon, forbids staff from wearing clothes with messages that are not company-related.

It denied firing a worker over the issue, but would not comment on the legal action.

«While we cannot comment on pending litigation, it is critical to clarify that no Team Members have been terminated for wearing Black Lives Matter face masks or apparel,» the company said in a statement.

The lawsuit says more than 40 Whole Foods employees at locations across the country have been punished for wearing the Black Lives Matter masks, which became popular amid the outcry over George Floyd’s death at the hands of police.

Staff wearing clothing with other messages, such as LGBTQ pins or sports team apparel, had not faced such discipline in the past, the lawsuit says.

The complaint asks the court to strike down Whole Foods’ policy and bar the company from taking further action or retaliating against the workers. It also seeks back-pay for workers sent home for wearing the masks,

The lawsuit was filed by 14 employees as a class action suit on behalf of all Whole Foods staff. One of the workers claims she was fired for organising mask wearing and leading protests against the company’s response.

In a statement, Whole Foods denied that claim, saying the employee, Savannah Kinzer, had been dismissed for «repeatedly violating our time and attendance policy by not working her assigned shifts, reporting late for work multiple times in the past nine days and choosing to leave during her scheduled shifts.

«It is simply untrue that she was separated from the company for wearing a Black Lives Matter face mask. As an employer we must uphold our policies in an equitable and consistent manner. Savannah had full understanding of our policies and was given a number of opportunities to comply,» the firm said.

«Their decision to retaliate against employees expressing support for this racial justice movement was bad enough, but their efforts to disparage an amazing activist and leader are beyond the pale,» she said. «We look forward to making our argument in federal court.»

She told the BBC the workers who filed the suit were angry in part over apparent hypocrisy, after Amazon and Whole Foods expressed public support for the Black Lives Matter movement.

«So many companies today are doing everything they can to profess how progressive they are… but when it actually comes to letting their employees express these same sentiments they get muzzled,» she said.

The lawsuit is the latest clash involving Amazon and its workers.

The firm has faced repeated calls to do more to protect its supermarket and warehouse workers during the pandemic and been accused of retaliating against staff speaking out over the firm’s environmental policies and coronavirus protections.

Earlier this year, an engineer quit, citing firings as evidence of a «vein of toxicity running through the company’s culture».

China’s Star market aims to take on the Nasdaq 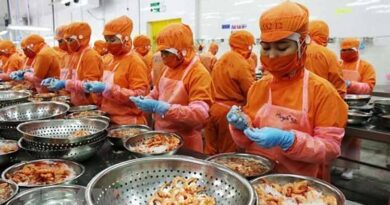