Getting all your cardboard recycled may often seem like a pain, but there is big money to be made from all this so-called «beige gold». And sadly this is attracting criminals around the world.

Thieves are making a fortune from stealing used cardboard that’s been left out to be recycled, and selling it on. This means that legitimate recycling firms, and the city and other local authorities who take a cut from their sales, are missing out on tens of millions.

«To be honest, most of us don’t care who takes it away, as long as it goes,» says a shopkeeper in the bustling Chamartin district of central Madrid.

Behind him stand two of the Spanish capital’s well-known blue municipal recycling bins, which until February of this year had been raided daily by one of the city’s numerous recycled cardboard trafficking gangs.

Meanwhile, a few miles away, at the headquarters of the Nature Protection Service (Seprona) of the Spanish Guardia Civil police force, hangs a map of Madrid covered in different coloured dots. The 18 colours mark out the 18 different routes used by the various gangs.

Seprona was brought in to help tackle the problem in 2018 after Madrid’s city police force, the Policia Municipal Madrid, had failed to solve the issue with its policy of fining anyone caught stealing used cardboard. It was estimated that almost half of all cardboard put into recycling in Madrid was being stolen.

Back in February, the Seprona-led Operation Hartie (the Romanian word for paper) leapt into action, and 42 suspected cardboard gang members were arrested on suspicion of environmental offences and money laundering.

Of the 42, three were Spanish, the others were all Romanian.

Believed to have been involved in 11 of the 18 routes in the city, it is estimated that they cost the City Council of Madrid a total of €16m in lost recycling revenues.

In a case that has been delayed by the coronavirus pandemic, the trial is due to take place later this year. The police have photos of some of the men crawling in and out of recycling bins.

This photographic evidence came despite the Madrid council deliberately introducing dumpsters with small holes in 2016. «Perhaps the thieves just got thinner?» jokes the shopkeeper.

Ana Prieto, the press officer for Seprona, says the criminals set up a company that mixed the illegally collected cardboard with some that was legitimately sourced, «meaning a loss of traceability», before it was all exported «mainly to South East Asia».

While figures are not available for how much recycled cardboard is stolen globally, experts say it is very much a worldwide problem. And there are vast amounts of money to be made.

The annual value of the legitimate trade in recycled cardboard and other papers is expected to climb to $5.4bn (£4.1bn) by 2024, up from $4.3bn in 2017. This increase is not surprising when you consider the continuing rise in online shopping, and the fact that most consumer goods are delivered to you in cardboard boxes that are made from recycled fibre (said to be 93% recycled for boxes in Europe).

Over the past decade used cardboard has mostly been sent to China, to be pulped and turned into the new boxes its vast export sector requires. This has made some Chinese people very rich, such as billionaire Zhang Yin, the «queen of trash», whose firm specialises in importing used cardboard from the US.

Like any commodity, the price of recycled cardboard ebbs and flows according to global demand. Simon Ellin, chief executive of UK trade body The Recycling Association, says the current price is between £70 and £80 per tonne.

«But at the start of coronavirus it spiked to £130. Getting hold of cardboard was a bit ‘name your price’ at the time, because with everyone stuck at home there was a big rise in online sales,» he says.

«But historically the price has been even higher. Ten years ago it was as high as £200 a tonne.»

José Alfaro Moreno is team leader of the environmental crime team at Europol, the European Union’s law enforcement agency. He helped on the case in Madrid, and says the theft of recycled cardboard is a pan-European problem.

«This phenomenon is far wider than you would imagine in Europe,» he says. «It has crossed from [just] paper theft to money laundering, and fraud, with international and local networks interacting.»

Mr Moreno adds that national police forces are now increasingly targeting the problem, particularly Italy’s. Meanwhile, several media outlets have reported on the problem in the US, which has been prevalent in New York and California.

But does the problem exist in the UK? Mark Hall from recycling firm BusinessWaste.co.uk says he «wouldn’t be surprised».

«The problem is that recycled cardboard is so untraceable,» he says. «It is not as if it has a tracker on it.

«And theft is hardly ever reported by companies, because why would they? If magic pixies have nicked their waste cardboard then it means they don’t have to pay a firm like mine to come and pick it up. So they are going to keep schtum [quiet].»

This is very much the opinion of the shopkeeper we spoke to in Madrid.

The Recycling Association’s Simon Ellin adds that the criminals are also likely to be unaffected by the big structural change that is due to take place in the cardboard recycling industry at the end of the year. This is China banning all imports as part of the government’s effort to develop its own internal recycling sector.

He says that the legitimate global recycling industry is now sending its cardboard to countries such as Turkey, Indonesia, Malaysia, Vietnam and Thailand instead. The criminals will simply divert their cargo containers of stolen cardboard to those nations too. 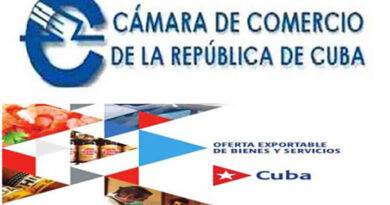