Two schemes unveiled by Chancellor Rishi Sunak to stem coronavirus job losses may not be value for money for taxpayers, a top official has warned.

He also questioned the value for money of a discount scheme offering 50% off restaurant meals.

The chancellor rejected his concerns, saying action was needed to save jobs.

The exchanges are revealed in letters between the pair during a standard procedure for assessing the effectiveness of policy decisions.

They show Mr Sunak issued so-called «ministerial directions» to instruct officials to go ahead with both programmes.

A Treasury official said a decision to press ahead with a policy in such a manner was a «normal part» of government business.

A number of other emergency coronavirus measures have been approved in the same way where officials have been unable to sign off on cost-effectiveness.

Under plans outlined on Wednesday, firms will be offered a one-off £1,000 «job retention bonus» for every furloughed employee kept to the end of January 2021.

The UK-wide scheme, which will apply to workers earning over £520 per month, has been estimated to cost up to £9.4bn.

The government’s furlough scheme – currently paying the 80% of the wages of 9.4m employees – will be pared back from next month and end in October.

The chancellor says ministers are «throwing everything» at stemming job losses after UK companies announced thousands of cuts in recent weeks.

But he has admitted some firms will claim the bonus who would be keeping staff on in any case, saying there would be a «dead weight» cost to the policy.

He told BBC Radio 4’s Today programme: «In an ideal world… you would minimise that dead weight and do everything in incredibly targeted fashion.

Labour leader Sir Keir Starmer said the bonus scheme «should be targeted in the areas which most need it, not across the piece».

Shadow chief secretary to the Treasury Bridget Phillipson has written to Mr Harra asking him to publish HMRC’s modelling of the job bonus scheme.

«Given the huge amount of public money involved, we need to know if public spending on this scale is achieving value for money,» the Labour MP said.

Mr Harra also questioned the plan to offer diners a 50% discount for every meal, up to £10 a head, from Monday to Wednesday throughout August, and which is set cost £0.5bn.

In his letters, sent before Wednesday’s announcements, Mr Harra said there was «sound policy rationale» behind the aims of both programmes, but it had been hard to estimate their effectiveness.

Of the jobs programme, he wrote: «It has proved difficult to establish a counterfactual for this scheme, which depends on the overall cost of the scheme and the number of extra jobs it would protect, both of which are currently highly uncertain.»

He added that he had been unable to conclude the policy «represents value for money» to the standards expected in the public spending guidebook.

Ministerial direction is designed to allow political choices to be made – even if officials don’t agree with them.

But these letters from Jim Harra highlight the uncertainty around the key policies in the summer statement.

Quite simply, the government doesn’t know how effective they will be, how many jobs they will save, or whether they will provide value for money when we look back on these decisions in a year or so.

Clearly this unprecedented crisis requires some ‘out of the box’ thinking.

But the chancellor will be judged on the success of his novel policies.

Mr Harra expressed reservations about the plans for meal discounts, saying: «There is insufficient time to gather further evidence and wider external opinions that might enable me to reach a conclusion.

«By nature, this is a novel scheme meaning there are also particular value for money risks surrounding the level of potential losses that could arise.»

Replying to the letters from Mr Harra, Rishi Sunak said there were «broader issues» to consider outside the normal guidance on public spending, and there were «compelling reasons» for the action he has taken.

He said the jobs bonus scheme would play a «vital role» in allowing employers to bring back furloughed staff whose jobs would otherwise be at «acute risk».

Defending the meal discount scheme, he said it would make people more likely to visit restaurants and help support up to 1.8m hospitality jobs. 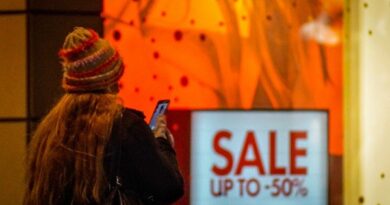