Oatly, the Swedish company credited with convincing the masses of oat milk’s merit, has proven its value to the investment world as well.

The firm on Tuesday said a group including investment giant Blackstone Group and celebrities Oprah Winfrey, Jay-Z and Natalie Portman bought a stake in the company for $200m (£160m).

The move is a sign of growing interest in milk made with plant alternatives.

Oatly said the money would be used to expand and build new production plants.

Founded in the 1990s, Oatly entered the US market four years ago and the product proved so popular it created shortages.

Oatly announced its first factory in the US in 2018 and plans to open a second this year, part of a wider effort to add plants close to its customers. The firm’s products are available at 50,000 locations across 20 countries.

«We chose to partner with Blackstone Group because of their tremendous resources and unique reach,» said chief executive Toni Petersson. «Our new partners’ commitment to supporting us and furthering our mission is a clear indication of where the world is heading, which is in a new, more sustainable direction.»

Sales of oat milk are expected to increase rapidly in coming years, as increased dairy allergies and concerns about dairy’s environmental impact push shoppers to look for alternatives.

About 41% of US households purchased vegan milk last year, according to a report by the Good Food Institute and Plant Based Food Association.

The $200m investment announced on Tuesday represents about a 10% stake Oatly, putting the firm’s value at about $2bn, the Wall Street Journal reported. Other investors in the group include former Starbucks chief Howard Schultz.

Prior Oatly investors include Belgium-based Verlinvest and China Resources, a state-owned company.

Oatly reportedly had about $200m in sales last year and hopes to double that by 2021. It has expanded its products from milk, to ice cream and yogurt and is eyeing growth in China.

But the company faces increased competition, as firms such as PepsiCo’s Quaker Oats and dairy giant HP Hood launch their own brands. New milk alternatives, made from products like peas, have also gained in popularity among consumers.

In the US, dairy companies, which have lost ground to the alternatives, have also attacked plant-based rivals over the sector’s nutritional claims. 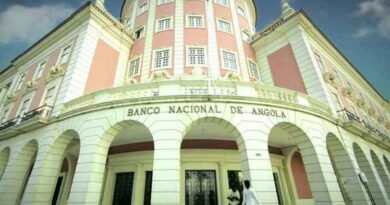 Staycation: ‘I would if I could find somewhere’