Brits working from home during lockdown have turned to the comforts of coffee, tea and biscuits, and a good book.

We’ve splashed out an additional £24m on tea and coffee and an extra £19m on biscuits in the past three months, says market research firm Kantar.

The company also reported that grocery sales reached a record £31.6bn in the 12 weeks to 12 July.

We’ve also been reading much more, according to publisher Bloomsbury, which has seen book sales jump.

«The cost of working from home is starting to add up for many,» said Fraser McKevitt, head of retail and consumer insight at Kantar, talking about the extra cash we’ve spent on hot drinks and biscuits.

The research firm said grocery sales during lockdown have climbed 16.9%, the fastest growth rate since its records began in 1994.

With more people turning to online supermarkets, the home delivery grocers now account for 13% of the market, up from 7.4% in March at the start of lockdown.

«Although restrictions have eased, more than one in five households still made an online order during the latest four weeks,» said Mr McKevitt.

He said that despite pubs, bars and restaurants re-opening recently, more than half of consumers say they are still uncomfortable with visiting a pub.

«As a result, take-home alcohol sales were still up by 41% this month as people were unable or avoided drinking out,» said Mr McKevitt.

There’s been a surge in reading during lockdown, according to publisher Bloomsbury.

Its sales have climbed almost a fifth compared to last year, with its consumer division reported a 28% rise in revenue.

«Our good May and June performance in particular were unexpected,» the company said.

Its bestsellers have included the ever-popular Harry Potter series by JK Rowling, but also books related to the Black Lives Matter campaign.

‘Why I’m No Longer Talking to White People About Race’ by Reni Eddo-Lodge has led the bestseller lists in recent weeks, while the 2016 book ‘White Rage: The Unspoken Truth of Our Racial Divide’ by Carol Anderson, climbed to the New York Times to 10 bestseller list.

Kantar said that during the last four weeks shoppers were embracing the new freedoms and cautiously returning to their pre-lockdown behaviours.

It said there were signs that shoppers might be growing more confident and travelling further afield for their weekly shop.

«Convenience stores were a lifeline for many people in the early days of the crisis, providing essential supplies close to home,» said Mr McKevitt.

Corner shops attracted 2.6 million fewer shoppers through their doors than at the peak of lockdown in April as the average distanced travelled to a grocer has climbed to 4.9km, a 10% increase from the April low.

«However, we are clearly a long way off a complete return to normality,» he said.

Footfall was still 15% lower during the past four weeks and the average supermarket trip cost £25.05, 35% more than the same period last year, as most people continue to eat more meals and snacks at home. 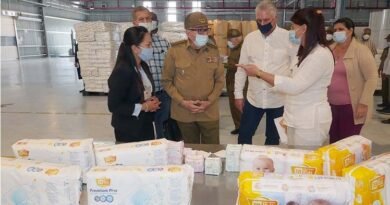