The government is looking at ways to relax the 14-day quarantine rule for people entering the UK over the coming months, BBC Newsnight has learnt.

From Monday, most people arriving by plane, ferry or train – including UK nationals – must self-isolate.

But some MPs and businesses have expressed concern at the plan, warning it will damage the travel industry.

One government source told Newsnight that ministers were looking at ways around the coronavirus quarantine.

This could include expanding the list of workers who are exempt from the 14-day rule, or travel corridors to countries with low infection rates, which the government has previously said it was considering.

Any changes would be guided by the science but one possible date for a relaxation to the rule could be 20 July, coinciding with school holidays, Newsnight was told.

Meanwhile, the latest Office for National Statistics figures show the number of deaths each week linked to coronavirus has dropped to its lowest levels in England and Wales since March.

The ONS figures show there were 2,589 deaths in the week ending 22 May, which was the lowest weekly number for seven weeks. The figures show that overall, there have been around 286,700 deaths this year – some 43,800 have been attributed to coronavirus.

The quarantine measures come into force on 8 June, although some professions are exempt, such as lorry drivers, police officers, seasonal farm workers, and healthcare professionals.

Also exempt will be people coming from the Irish Republic, the Channel Islands and the Isle of Man.

Travellers will have to tell the UK government where they will be staying and if they do not provide an address, officials will arrange accommodation.

In England, there will be random spot checks and £1,000 fines, while governments in Scotland, Wales and Northern Ireland can impose their own penalties.

Housing minister Simon Clarke told BBC Breakfast that the quarantine policy was “a proportionate step” which would minimise the risk of new cases coming into the UK “just at the time that we are getting a grip on it”.

He said it was a “temporary, time-limited measure”, but added that it was “vital” it was introduced for as long as required.

The plan is expected to be set out in more detail when it is laid before Parliament this week. MPs are returning to Westminster on Tuesday after weeks of proceedings taking place virtually.

Extra guidance about what arrivals would be allowed to do is also expected to be set out, including that travellers will be allowed to take public transport if they are unable to get to their accommodation by any other means.

The quarantine plan is due to be reviewed every three weeks, with the first review due at the end of June.

But there has been criticism from some of the government’s own MPs as well as the travel and aviation industry.

One former cabinet minister told Newsnight the idea was “daft” and suggested the government will not “go to the stake on this”.

Meanwhile, more than 200 business leaders have called on the government to scrap the policy, saying it was “deeply worrying for our economy and our country”.

The group of firms – including hotel The Ritz and upmarket travel agent Kuoni – want the government to instead introduce “air bridges”, an arrangement which would allow visitors from low-risk countries into the UK without having to quarantine for 14 days.

Last month, the bosses of airlines including EasyJet, Tui, Jet2 and Virgin Atlantic also said they had “serious reservations” about a “blanket approach” to all arrivals into Britain.

The idea of “air bridges” has been around since 18 May, when Transport Secretary Grant told MPs that the government was looking at striking exemption deals with countries with low infection rates.

If the government can agree a series of “air bridge” agreements, then they wouldn’t necessarily replace the quarantine altogether.

This is about moving from a blanket travel quarantine – only the Republic of Ireland will be exempt initially – on 8 June to something more nuanced in a few weeks’ time.

One government source told the BBC that “a lot of work” was currently being done on securing safe travel corridors from certain low-risk countries.

The ambition from certain people in government is that some of these will be in place by the first review date of 29 June.

Testing people for coronavirus when they arrive into the UK from higher risk countries is also being considered.

She also said the government was “actively looking at air bridges”.

BBC transport correspondent Tom Burridge said reports in the Portuguese media “suggest an air bridge with Portugal is on the cards”.

But, he added, the UK is behind other countries in Europe in terms of controlling the virus and so, in negotiations, “the ball might not be in the UK’s court”.

Spain’s tourism minister said British coronavirus figures “still have to improve” before the country would receive tourists from the UK, while Greece will not allow UK visitors when it opens up later this month.

A UK government spokesman previously said: “These cross-government public health measures are designed to keep the transmission rate down, stop new cases being brought in from abroad and help prevent a devastating second wave of coronavirus.

“All of our decisions have been based on the latest scientific evidence.

“The list of exemptions has been agreed by all government departments in consultation with their stakeholders which will ensure critical supplies and services can continue and will be kept under review.”

It comes as the number of people who have died after testing positive for the virus in the UK reached 39,045.

What is your reaction to the possible relaxing of the UK travel quarantine rule? You can get in touch by emailing haveyoursay@bbc.co.uk. 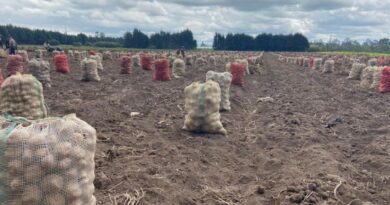 Buzz Bingo to close 29 halls and cut hundreds of jobs