International Trade Secretary Liz Truss has denied the UK is preparing to water down its food safety standards in order to reach a trade deal with the US.

«We will not be negotiating that away as part of a trade deal,» she told the BBC.

Her comments follow reports that negotiators are considering allowing imports of US products that do not meet UK standards.

Boosting agricultural exports is a top US priority for a trade agreement.

Prime Minister Boris Johnson drew outcry earlier this year, when he appeared to back away from a pledge to maintain bans on chlorinated chicken and hormone-treated beef in hopes of securing a treaty.

And on Wednesday, farmers drove their tractors to Parliament Square in London to call for protection for the British farming industry and the current standards of food production in a post-Brexit economy.

But on a visit to the Port of Southampton, Ms Truss denied the government would loosen the restrictions.

«It is against the law to import chlorinated chicken and hormone-injected beef and we will not be negotiating that away as part of a trade deal,» she said.

The UK is looking for a «win-win» deal that will make it easier for UK car manufacturers and others to sell to the US, she said.

However, the UK will not be bullied into an agreement that does not serve its interests, she added.

«We’re not going to be bounced into a deal by the US – we will take the time it needs to get a deal that suits the UK,» she said.

Ms Truss refused to comment on a leaked letter, in which she reportedly expressed concerns about the government’s plans to phase in checks on EU goods coming into the UK after the Brexit transition period ends this year.

She reportedly warned fellow ministers that failing to impose full border controls until July could lead to legal challenges at the World Trade Organization, increased smuggling, and even weaken the union with Northern Ireland.

«I’m absolutely confident we have the right plans in place for our border, and we’ll be saying more about that in a few days», she said.

Robert Lighthizer, America’s top trade negotiator, said at a video conference hosted by Chatham House on Thursday that he was optimistic the US and UK would reach a deal.

However, he said the inability to meet in person due to coronavirus had slowed the talks. He warned there remained «very significant issues that we have to come to grips with».

Alluding to the dispute over agricultural exports, Mr Lighthizer said that food safety standards in some cases were «nothing more than thinly veiled protectionism».

Fears over chlorine-washed chicken and other US farming practices have been described by Woody Johnson, the US ambassador to the UK, as «inflammatory and misleading».

Earlier this year, Mr Johnson said it was important that US beef and poultry should be allowed into the UK.

He said the process was used by EU farmers to treat vegetables, and that it was the best way to deal with salmonella and other bacteria. 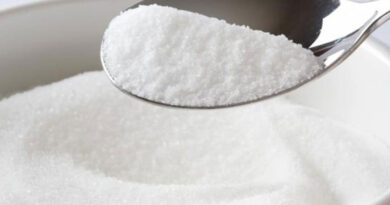