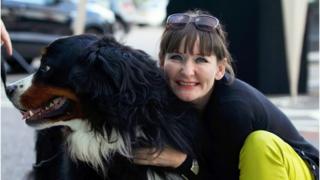 «At the start of the Covid-19 pandemic, my revenue stream evaporated in six days,» says Sara Taylor.

Ms Taylor runs an events management company. It’s been voted the worst industry to be working in during 2020 by the website Reddit, because of the impact of the lockdown.

She did not qualify for any of the government support for people who had lost their incomes during the pandemic, so she took a mortgage holiday – a payment deferral – to cut her outgoings as much as possible.

Ms Taylor is far from alone. One in six mortgage holders, or nearly two million people, have suspended their payments during the pandemic.

Now many of those borrowers are approaching the end of the three-month payment holiday and will have to decide whether to extend.

Not expecting her industry to recover until next year, Ms Taylor says she will ask for an extension. «My need is as great the second time round as it was the first,» she says.

‘It will come back to bite you’

However, what seemed like a quick and simple way to cut people’s outgoings immediately could have unintended consequences.

Some borrowers who have taken mortgage holidays have now found they are being declined when applying for loans.

Lisa Orme is the managing director of Keys Mortgages. She has been warning borrowers not to take them unless they have no other option.

«We know, anecdotally, that people have used them to pay off credit cards, pay for holidays, pay for cars,» she says.

«I’ve been saying to people, despite all these promises about how it won’t affect your credit file, I absolutely guarantee it will come back to bite you.»

Matt Pollen was just about to launch his start-up and was trying to raise funding from investors when the lockdown began. The launch had to be delayed, so he applied for a mortgage holiday as a security measure, in case the lockdown lasted a long time.

«The only advice I saw was the general advice from the government that it wouldn’t affect any future credit history,» he says.

But when Mr Pollen and his girlfriend tried to find out if they could take out a loan in the future to fund an extension, he was told he wouldn’t be accepted.

«One of the first questions they asked was had we taken out a mortgage holiday – and when I said yes, they said a lot of the companies they work with aren’t lending to people on them at the moment.»

How do people decide who can borrow money?

The advice from the Financial Conduct Authority (FCA) is that a mortgage holiday will not affect your credit record, but that it could affect future lending decisions.

Even though there is no mark left on your credit report when you take a mortgage holiday, when you try to borrow money, lenders look at thousands of pieces of data.

Sarah Coles, personal finance analyst with Hargreaves Lansdown, explains: «Banks will look at your payment history. And if you’ve got a three-month gap around this period, they are going to know that has clearly come from a mortgage holiday.

«If you’ve got a six-month gap, they are going to know you’ve had to extend it. And that will give them a really clear indication that you were having some financial issues at the time. So it will then make it harder to borrow.»

In May, the FCA updated its guidance to clarify this: «Lenders may use sources other than credit files, such as bank account information, to take account of other factors in their lending decisions. These factors could include changes to income and expenditure.»

Lenders are currently writing to customers who are nearing the end of their three-month mortgage holidays to outline the details of their new monthly payment.

Lloyds Banking Group – which includes the Halifax – says it has approved 450,000 payment holidays for its customers.

Tom Martin, remote mortgages director at the Halifax, explains that being on a mortgage holiday could affect your ability to borrow: «We base our decisions on a full understanding of a customer’s up-to-date circumstances,» he says.

«We do take into consideration your latest financial position, but we recognise as well that these are unprecedented times and we will consider individual circumstances as part of that process.»

He advises borrowers to wait three months after resuming payments before applying for more borrowing – and if people are able to resume their repayments, they should, as this stops extra interest being charged.

NatWest said: «We will take customers’ circumstances into consideration when considering any borrowing requests. If a customer’s income is currently impacted by Covid and they are unable to afford their mortgage, we would consider this.»

The bank also said that if customers resumed repayments after a payment holiday, the deferral would not be a factor in any lending decision.

Joe Garner, chief executive of Nationwide, the country’s biggest building society, told the BBC in May that he thought a second mortgage holiday should be marked on a borrower’s record, although it is not doing so, in line with FCA guidance.

A spokesperson for the Treasury said: «The Financial Conduct Authority has been clear that payment holidays should not have a long-term impact on people’s credit rating.»

Mortgage holders have until 31 October to apply for a three-month mortgage holiday if their finances have been affected by the pandemic. The FCA has banned repossessions until the end of October. 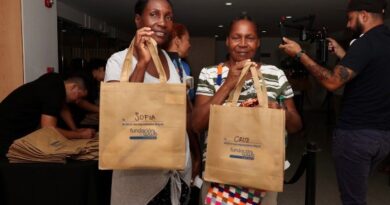