A Vietnamese entrepreneur is installing “free rice ATMs” across the country to help those affected by the coronavirus.

Businessman Hoang Tuan Anh first built the rice-dispensing machines in Ho Chi Minh City to support those who had lost their jobs.

The ATMs, which give out 1.5kg (3.3lbs) of rice at a time, became so popular he is building more around Vietnam.

Around five million people have lost their livelihoods in Vietnam during its national lockdown.

The semi-automated machines are simple yet effective.

Rice is stored in giant vats and funnelled through pipes to the dispenser. When a person presses a button on the “ATM”, a volunteer gets an alert on their phone and releases the rice.

He says other businesses and donors have now offered support, allowing him to expand the ATMs to other parts of the country.

Similar machines have also been set up by businessmen and donors across Vietnam.

Mr Hoang told the BBC: “I wanted to invent a 24/7 automatic dispensing machine providing free rice for people out of work following an ongoing nationwide lockdown to curb the spread of the novel coronavirus.”

He added that he was “assured that there are still good people out there and I want to give them a second chance”.

While Vietnam has been praised for its handling of the coronavirus outbreak, with border closures rigorous contract-tracing systems in place, the nation’s poor have still struggled during the economic shutdowns.

About five million workers are now struggling without incomes having been laid off due to the fallout from the virus.

Mr Anh originally planned to keep the dispensing machines running for two months after the outbreak subsides in Vietnam.

But now he wants the “ATMs to keep working with another way to help poor people after Covid-19 is over”.

He has currently helped install seven rice ATMs in Ho Chi Minh City, part of 30 different locations around the country including Hanoi, Da Nang and the Mekong Delta.

Mr Anh, whose owns a security and smart home services firm, estimated that he has so far given out 3,000 tons of free rice across Vietnam.

With more than 1,000 sponsors now onboard from Vietnam and overseas, he wants to open around 100 rice ATMs eventually.

People are allowed a 1.5kg supply of rice twice a day to help feed their families – although it’s unclear how this is checked.

Coronavirus: HK Disneyland to close one month after reopening 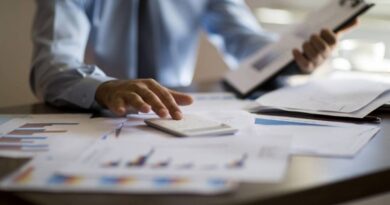