British holidaymakers who wish to avoid 14 days’ quarantine face a race to get back to the UK before new coronavirus travel rules kick in.

Transport Secretary Grant Shapps said on Thursday that those arriving in the UK from Croatia, Austria and Trinidad and Tobago will need to self-isolate.

There are currently 17,000 British tourists in Croatia, according to the country’s national tourist board.

The changes apply to anyone arriving after 04:00 BST on Saturday.

But UK tourists returning from Portugal will no longer need to self-isolate after the country was added to the UK’s list of travel corridors.

The Portuguese government welcomed the changes and said the move «allowed for an understanding that the situation in the country has always been under control».

Meanwhile, the Scottish government has added Switzerland to its list of countries requiring quarantine.

Speaking about the latest additions to the quarantine list, Mr Shapps said he understood the «inconvenience» involved, but said it was «just a fact of this summer».

The transport secretary also said testing for coronavirus at airports to help reduce quarantine time was «under active review».

But he told Radio 4’s Today programme: «I don’t want to offer false hope by saying ‘it’s just as simple as a test at the airport’… because it won’t tell you what you need to know.»

Airport tests on arrival would only pick up «a very small proportion» of people who had the virus without symptoms, he said, and a follow-up test would be needed around a week later. In the meantime, people would still have to quarantine.

There were also issues around ensuring the second test was actually taken by the quarantining person, Mr Shapps said.

Liam and Jodie, a couple from Keighley, West Yorkshire, paid about £800 to travel home from northern Croatia via Munich before the quarantine deadline, after finding it impossible to book a direct flight in time.

«There wasn’t an alternative. There are no flights from Pula to the UK on Fridays, only a flight from Zagreb to London runs but obviously that was fully booked,» Liam, a mechanical engineer, said.

He added that the only other flights available had stops in Spain, which is already subject to the UK’s quarantine rules.

The latest updates to the quarantine list come after thousands of British holidaymakers made a last-minute dash to get home from France last weekend, before the measures came into force.

The country is continuing to see a sharp rise in the number of new virus cases, with more than 4,700 reported on Thursday – the highest level in three months.

Over a two-week period, the UK recorded 20.9 coronavirus cases per 100,000 people, according to the European Centre for Disease Prevention and Control.

BBC News Europe correspondent Gavin Lee said British tourists are mainly staying in the coastal regions in the south of Croatia near Split and Dubrovnik, as well as the western coast, around Istria.

Igor Pokaz, the Croatian ambassador to the UK, told the Today programme he has urged the UK government to take a «more nuanced approach» to travel quarantines.

He said the virus spikes in Croatia were concentrated in certain regions such as the capital Zagreb, but there were «very, very few cases» in other destinations popular with holidaying Britons, such as Dubrovnik and its nearby islands.

Mr Shapps said «there is a case for regionalisation» and the government was looking at how to do it effectively, including by having different rules for a country’s islands.

But the transport secretary said there were concerns about how detailed the regional data was on other countries’ individual islands.

He also said a regional approach would be harder to implement on the mainland where people could potentially travel between areas with differing quarantine rules.

The consumer group Which? said the change in rules for Portugal was «likely to come too late to help many struggling holiday companies» and called for support for the travel industry.

Which? Travel editor Rory Boland said the changes to the travel corridor list made it «too risky» for those who are unable to quarantine to travel.

He added that holidaymakers who want to follow government advice and avoid non-essential travel to specified countries are finding it «increasingly difficult to claim a refund».

«Many airlines continue to operate flights and refuse customers the option of a refund, then charge eye-watering fees to those who try to rebook,» he said.

But Charis Hipkiss, 20, from Stourbridge near Birmingham, told the BBC she and her family have «no choice» but to remain on holiday in Split, Croatia, until next Thursday – meaning they will have to quarantine.

«The holiday was going well until yesterday. We’re all going to be missing out on different things now,» she said, adding that she and her parents want to get back to work.

«We’ve got no choice, they say it’s like a race to get home, but there’s no race, there’s very few flights – they want to charge us nearly £200 each on top of what we’ve already paid and they’re 30 hour flights.»

Ms Hipkiss, who works as a carer to fund her university studies, added that they had already faced a «difficult decision» about whether or not to come on the holiday, which they booked before the pandemic took hold in the UK.

«We decided to go because it came down to the fact the airline was offering a maximum of £5 as a refund,» she said.

The Department of Transport has advised people in Croatia, Trinidad and Tobago and Austria to follow local rules and check the Foreign Office website for further information.

In a statement, it urged employers to be «understanding of those returning from these destinations who now will need to self-isolate».

But children currently on holiday in those three countries will now miss the start of the new school term in England, Wales and Northern Ireland – unless their parents can get them home before 04:00 BST on Saturday.

Data also shows we can now add Portugal to those countries INCLUDED in Travel Corridors. As with all air bridge countries, please be aware that things can change quickly. Only travel if you are content to unexpectedly 14-day quarantine if required (I speak from experience!)

People who do not self-isolate when required can be fined up to £1,000 in England, Wales, and Northern Ireland. In Scotland the fine is £480, and up to £5,000 for persistent offenders.

BBC Balkans correspondent Guy De Launey said only a small number of direct flights from Croatia were due to reach the UK before the deadline of 04:00 BST on Saturday.

But the following month, the four UK nations unveiled lists of «travel corridors», detailing countries that were exempt from the rule.

Since then it has periodically updated that list, adding and removing countries based on their coronavirus infection rates and how they compare with the UK’s.

The UK provides the largest number of overseas tourists to Portugal, with more than two million tourists visiting every year.

Travel expert Simon Calder tweeted that the cost of flights from Manchester to Faro on Saturday morning had risen from £50 to £98 in 30 minutes.

Have you been affected by the new quarantine measures? Share your experiences by emailing haveyoursay@bbc.co.uk. 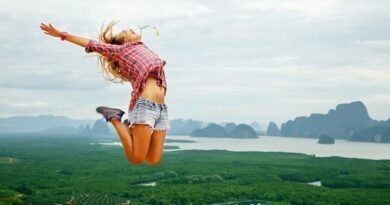 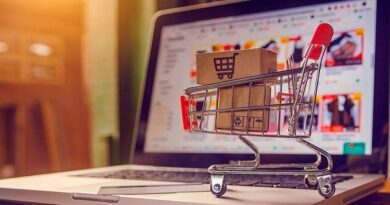