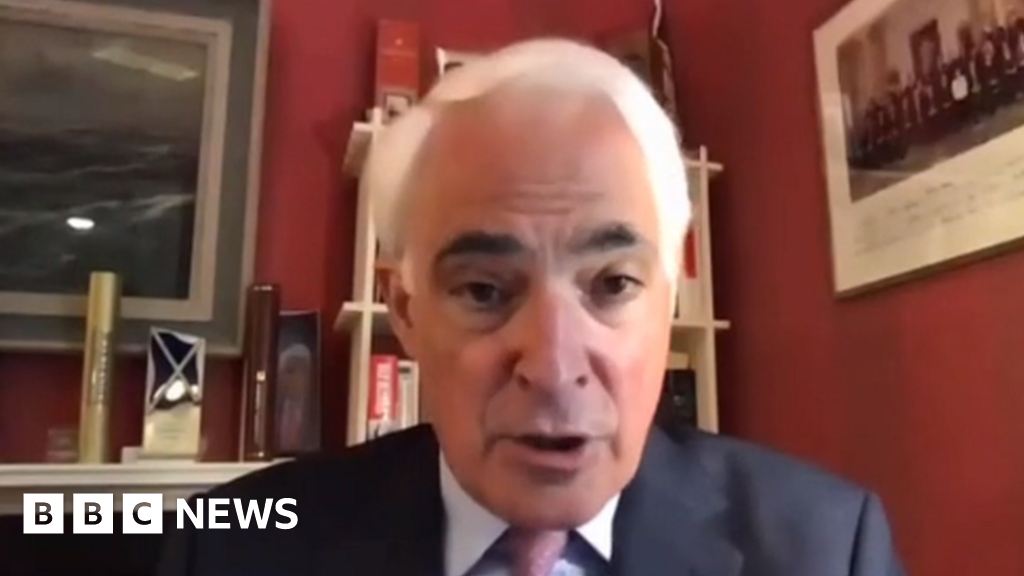 As the UK begins to ease lockdown restrictions, three former UK chancellors have been quizzed by MPs on the Treasury Select Committee about the effects of coronavirus on the UK economy.

Alistair Darling, George Osborne and Philip Hammond were asked about the severity of the crisis versus the 2008-2009 financial crash; what measures could revive the economy; and whether taxes should increase to help pay the UK’s mounting debts.

They also suggested that unemployment could reach levels not seen since the 1980s.

Which will have been worse for the economy, coronavirus or the financial crisis?

Alistair Darling: «They are very different and this one [coronavirus], in my view, is much more serious.

«The key difference between then and now is that from day one, the government wanted to get the economy going again, and therefore we introduced a range of measures, which enabled us to do that.

«The situation today is different, in that firstly, it is part of government policy right across the world, and rightly so, to actually suppress economic activity through the lockdown and other measures… Unless and until the government gets control of the virus itself and the spread of the virus, it’s difficult to see how you can pull out the stops and get the economy going again.»

George Osborne: «I am more optimistic, I think, than Alistair. If you look at the history of pandemics and plagues and the like in our society, then the economic bounceback is going to be relatively rapid.

«If you look at the history of banking crises throughout our history, not just the one 10 years ago, but in the 1920s and 30s and in the 19th Century and before, recoveries are very slow and protracted and painful, because the credit channels of the economy are impaired, and despite all the work that Alistair did, and I did, to try and unclog those channels, it takes a long time for the allocation of capital to get to the efficiency it has before the banking crash.»

Philip Hammond: «In terms of which is the worst, I think it is too early to say yet, because a lot is going to depend on whether over the next months it becomes clear that we are heading towards either a vaccine… and that the future trajectory is one of returning the economy to something like normal, or whether, by contrast, we are not heading towards an early development of a vaccine or a treatment, and we have to plan in terms of restarting the economy living with Covid.»

What measures should the UK government take to get the economy going again?

Alistair Darling: «The government will need to introduce measures, firstly to deal with a wave of unemployment which I think will come once the furlough system starts being phased out, and also to make sure that people who are displaced from the workplace, who lose their jobs, that we can get them back into work as quickly as possible.

«It will be necessary for the government to make sure that you don’t end up with a recession becoming a depression.»

George Osborne: «The central challenge… is how do you withdraw some of the very necessary schemes to have kept people in work and businesses afloat during the crisis. The furlough scheme has been absolutely essential… many people on furlough are going to go back to their jobs.

«But we have to be honest and say that quite a lot of those businesses will not come back… and trapping people on a scheme that is generous to them in the short term, but actually prevents them from re-entering the labour force to get the new job they need, is potentially very damaging.

«So I think the withdrawal of the furlough is going to be important for employment in the short term, and at the same time some of these loans to businesses that are never coming back are going to become an issue.»

Should the UK bail out airlines?

George Osborne: «There’s a whole separate issue about what you do with these large stakes we’re going to take in large companies like airlines, potentially, and aerospace manufacturers.

«All of us have experience on this panel of pretending that you’re managing these bank holdings that we had in the last decade at arm’s length, and still when Treasury questions came up we were being asked about the bonuses being paid to chief executives, why branches were being closed in the constituencies of members.

«I can imagine an airline saying it wants to shut an uneconomic route to one of the further-flung parts of the UK… I think that’s going to be more problematic than I think people have realised at the moment.»

Alistair Darling: «If you take the aviation industry, you’ll notice that France and Germany are not indifferent to whether or not their national airline is surviving. Our model here is slightly different, in that the idea of a flag-carrier isn’t quite what it was, but I think most people would take the view that we’ve got to ensure that we’ve got a transport industry.»

Having run up lots of debt, should we increase taxes?

Alistair Darling: «If you want stimulate the economy, the most obvious thing to do is a time limited VAT reduction.

«When we get to the happy day when we’re recovering… yes, we are going have very high debts, like we had at the end of the Second World War, but one of the things that a government like ours can do, you can actually carry that for some period. I would be very concerned if in the recovery phase you start clamping down on things prematurely, and you drive the country back into a recession.»

Philip Hammond: «I don’t think there’s any economic logic to increasing taxes in the short term. I think we all accept that the UK as a credit-worthy, mature, larger economy can carry more debt in the context of the short term crisis.

Of course, we have to remember that debt is cumulative by its nature. We increased debt very substantially during the course of dealing with the last crisis, and we’d only just got back to the point where we were starting to see debt very slightly decline as a share of GDP. Now we’re going to see it increase significantly again as a share of GDP, so eventually we have to think about how we manage the challenge of debt in the long term.

Coronavirus: ‘My dad built me a beauty salon in the garden’