More than 22 million copies of the latest Animal Crossing video game have been sold since its March release as the pandemic drives a gaming surge.

Developer Nintendo said the title’s popularity lifted profits from April to June to 106.4bn yen (£770m) – more than five times higher than a year ago.

Sales show «no loss of momentum», and other games are also seeing strong demand, the Japanese firm added.

Nintendo said it sold 5.7 million Switch units in the quarter, up from 2.1 million a year ago. More than half of the consoles played for the first time in the quarter were used for Animal Crossing, it added.

The gains came despite lockdown-related production strains – Nintendo said it had difficulty getting parts.

The company said those issues have eased, although a lag between production and delivery means shortages continue in many regions.

«We work hard to be able to deliver these products to consumers as quickly as possible,» Nintendo said.

The original Animal Crossing was released in 2001.

The latest title, Animal Crossing: New Horizon – in which players share an island with anthropomorphic creatures and complete tasks to earn money – has been a runaway success during the pandemic, drawing in people looking for escape and alternative ways to socialise.

Nintendo said the 10.6 million Animal Crossing: New Horizons games sold in the quarter outstripped other Nintendo games sales by a factor of 10.

In overall sales, it trails only the firm’s Mario Kart 8 Deluxe, which has sold more than 26 million copies since its release in 2017.

But Nintendo has said the gaming boom is likely to fade as lockdowns ease.

It did not change its full-year forecast for 200bn yen in profits, which would be a decline from the 259bn yen it earned in its last financial year. 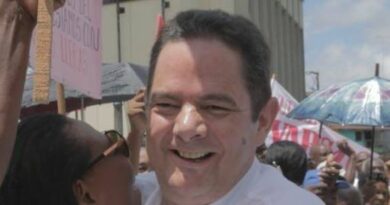