Layla Barnes is one among many thousands of small business owners left financially and emotionally devastated by more than ten weeks of government-imposed lockdown.

She was forced to close her Doncaster-based beauty therapy and training business which was profitable in February before lockdown began.

Yet the government’s excluded Layla, 30, and her limited company from any form of crisis-related support, forcing her onto benefits of £408 per month.

She’s moved out of her rented home, unable to meet her rent and bills, running up thousands of pounds in credit card debt to try and preserve her business.

«I would rather lose my home than lose my business. So I moved in with mum and dad and me and my husband are now in the same box-room I moved out from aged 17.»

As a result, she is under a huge amount of stress which has rekindled a previously diagnosed mental health disorder and made her feel this is «the worst time I’ve been through in my life – worse than anything from before.»

And she is not alone. Research published on Thursday of accountants serving 61,000 small businesses across the country supports concerns that the shutdown is taking its toll on their clients’ mental health.

Nearly three quarters – 73% – report that clients are struggling to sleep. 67% reported worsened mental health and 50% that their clients had shared feelings of not being able to cope, according to the SME Health Tracker published by the Association of Chartered Certified Accountants.

In earlier research on 21 May, 11% of accountants reported that clients had discussed thoughts of taking their own lives.

‘The money isn’t there’

Before the shutdown in September 2019, Layla did what successive governments have created tax arrangements to encourage – branching out on her own and setting up her own business as a limited company.

«I left a highly paid full-time employed job in Harley Street, training doctors and nurses in aesthetics and botox, to pursue my dream and open my own training academy. I starting doing well in February and moved into profit,» Layla told the BBC.

«I had paid myself £500 since September in wages as everything I earned I put back into my business.»

But she had to suspend her business when the lockdown happened.

«I had £20,000 of courses booked for March that I’ve had to refund. I’ve had others that I can’t refund simply because the money isn’t there. «

Like an estimated 710,000 other owner-managers of small businesses, Layla was excluded from financial support in a deliberate decision by the government.

She is not eligible for the Self-Employed Income Support Scheme because, after taking an accountant’s advice, she had set up a limited company, paying herself a basic salary of £500 per month and any further income in the form of dividends paid to her by the Limited Company.

Neither the Coronavirus Job Retention Scheme (the «furlough scheme») nor the Self-Employed Income Support Scheme, covers her.

‘I’m not sure the company will survive’

Her business occupied shared office space – so it was the owner of the building, rather than her firm, that was on the business rates register and therefore received the grants meant to help companies hit by the lockdown. Neither could she receive payment holidays because her landlord was commercial not residential.

«I was rejected for the Bounce Back Loan so I’m now on universal credit at £408.99 per month. It’s impossible to pay rent and bills.

«I’ve put most of the last 10 weeks on credit cards which are now almost maxed out and I have sold some business and personal belongings including my car and my engagement ring,» Layla told the BBC.

«I’ve been told there’s a possibility of going back in July. However, I’m not sure the company will survive till then and the credit I have borrowed is personal credit… therefore if the company goes bust I’m still thousands in debt for something that isn’t my fault.»

She added: «I’m not saying corona is anyone’s fault. But I feel really bitter than I’ve been told I can’t work – yet no one will support me. Even if I manage to survive until July it will be a long time before I can clear the vast debts I have accumulated.»

Layla told me her mental health disorder had been diagnosed in 2010 but she had recovered and was «really doing well». But in recent weeks she has had to have crisis meetings with a community psychiatric nurse.

«People don’t understand; it’s so frustrating. For people on furlough, it’s almost like everyone’s had a three months holiday. No-one will listen.

«I’ve emailed [the Chancellor] Rishi Sunak seven or eight times. I don’t even get an automated reply. I emailed the council – no-one’s got back to me.»

Mr Sunak excluded company owners paying themselves in dividends from support during shutdown. The Treasury said the reason was that it couldn’t distinguish on self-assessment forms between dividends paid to owner-managers such as Layla, and dividends paid to investors.

However, the Association of Chartered Certified Accountants disputes this, saying accountants could certify that dividends were being paid in lieu of salary and this could be verified by accountants and cross-checked with real-time information submitted by accountants to HMRC.

Owner-managers can furlough themselves for the PAYE portion of their salaries, but for many paying themselves the typical minimum of £500 per month this would be little more than benefits.

It would also make it illegal for them to do any work to conserve their business. Many small business owners have furloughed employees but have little or no income for themselves.

Layla turned for support to the online campaign group Excluded, a non-profit organisation whose mission is to campaign for three million UK taxpayers excluded from the government support schemes.

Rachel Flower, director of the group, said: «There are a lot of women and men within our group who have been broken by what’s happened.

«They can’t understand why they’ve been told they can’t have any support when others doing the same job have been fully supported – just because they were set up as a limited company.

«Most of them say ‘I just thought I was self-employed and did what I was told to do’. And after being told that no-one would be forgotten and everyone would be helped it’s a real kick in the teeth.»

The BBC has contacted the Treasury for a comment. 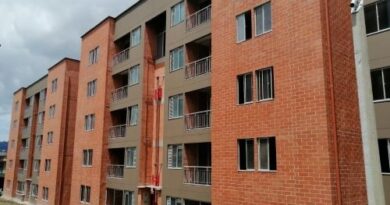 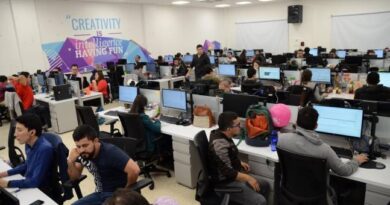