The UK’s biggest accountancy firms have been told to ring-fence their audit arms from their consultancy units by 2024 in a major shake-up of the sector.

The Financial Reporting Council (FRC) has told the «Big Four» they must submit separation plans by October.

It follows a number of high-profile company collapses, such as government contractor Carillion.

The FRC said the changes would ensure the «delivery of high-quality audits in the public interest».

The watchdog also said it would ensure «auditors act in the public interest and work for the benefit of shareholders of audited entities and wider society».

The Big Four accountancy firms – KPMG, EY, PwC and Deloitte – came in for heavy criticism in the wake of Carillion’s collapse which cost 2,400 people their jobs and – according to the National Audit Office – left the taxpayer on the hook for £148m.

At the time, MPs said the failure Carillion exposed the UK’s audit market as a «cosy club incapable of providing the degree of independent challenge needed».

Since then holiday company Thomas Cook, which was audited by KPMG, has gone bust.

More recently, the German payments firm Wirecard disclosed a €1.9bn (£1.7bn) hole in its accounts, and subsequently filed for insolvency. It was audited by EY.

The FRC’s chief executive, Sir Jon Thompson, said: «Operational separation of audit practices is one element of the FRC’s strategy to improve the quality and effectiveness of corporate reporting and audit in the UK.»

Among the 22 principles for operational separation that accountancy firms should implement, audit practices should produce a separate profit and loss account.

Firms should also have a separate board to ensure «independent oversight of the audit practice». 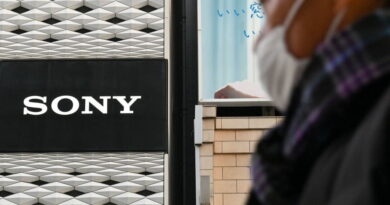 BAME people set to feature on British notes and coins