The Google-owned video platform said the channels had violated its policies that prohibit hate speech.

In recent days social media companies have been been boycotted by a number of major advertisers.

On Monday Ford joined a growing list of global brands that are pausing social media advertising during July.

In a statement YouTube said: “We have strict policies prohibiting hate speech on YouTube, and terminate any channel that repeatedly or egregiously violates those policies.”

«After updating our guidelines to better address supremacist content, we saw a 5x spike in video removals and have terminated over 25,000 channels for violating our hate speech policies,” it added.

The channels that have been banned include some of the internet’s most high-profile far-right commentators:

On Twitter Mr Molyneux described his channel’s suspension as an «egregious error».

Also on Twitter, Mr Spencer said that he would appeal the decision and called the suspension a «systemic coordinated effort.»

The company pointed to comments made at two rallies for the suspension.

At a 2016 campaign rally, which was recently rebroadcast on Twitch, Mr Trump said that Mexico was sending over its bad actors, such as rapists or drug dealers.

It also highlighted the president’s rally in Tulsa earlier this month, at which he told a fictional story about a home invasion by a «tough hombre».

Meanwhile, social media site Reddit has shut down r/The_Donald, a forum which has long been a popular online home for Donald Trump supporters, saying that it violated the platform’s hate speech rules.

Also on Monday, carmaker Ford became one of the latest global brands to announce that it would halt social media advertising spending for the month of July.

It joins other household names, including Starbucks, Coca-Cola, Diageo and Unilever, that have said that they will suspend advertising from some social media platforms in response to hate speech.

The announcements follow the launch earlier this month of the Stop Hate For Profit campaign, which described itself as a «response to Facebook’s long history of allowing racist, violent and verifiably false content to run rampant on its platform».

Responding to the campaign Facebook said: «We’re taking steps to review our policies, ensure diversity and transparency when making decisions on how we apply our policies, and advance racial justice and voter engagement on our platform.» 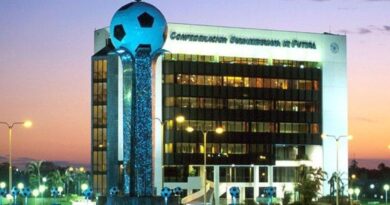