The US labour market improved unexpectedly in May raising hopes that economic damage tied to the pandemic will be less harmful than feared.

The unemployment rate fell to 13.3%, down from 14.7% in April, as businesses started hiring again.

Firms in the hospitality, construction and health care sectors took on staff.

It came as US states started rolling back some of the tough measures put in place to control the spread of the coronavirus.

As businesses start reopening, firms are beginning to rehire their employees.

The job gains surprised economists, many of whom had warned the country could see the unemployment rate rise past 20% to a post-World War Two high.

Economist Justin Wolfers, a professor at the University of Michigan, tweeted: “It’s hard to escape the conclusion that the economy bottomed in early/mid May,” he said. “We’re in a massive and deep hole, and it’ll take a while to climb out, but at least the hole isn’t getting any deeper.”

President Donald Trump, who has maintained the economic rebound will be swift, immediately took to Twitter to celebrate the numbers and claim credit.

The gains go only a small way towards making up for the more than 21 million jobs US employers cut in March and April, as lockdowns forced many businesses to shut their doors. In April, the unemployment rate hit 14.7%.

But Labor Secretary Eugene Scalia said the report showed that the economic re-opening has been more robust than thought.

“It appears that the worst of the coronavirus’s impact on the nation’s job markets is behind us,” he said.

The news cheered investors, sending the Dow Jones Industrial Average and S&P 500 up more than 2%, continuing a recovery in share prices from their March lows.

The job gains were not limited to the US.

‘Easy part of the recovery’?

As recently as February, the jobless rate in the US was hovering at 50-year lows of 3.5%.

On Friday, economists warned the path of the economic recovery still remained uncertain. They pointed out that the hiring in May came as the government released billions of dollars in emergency aid to businesses to cover wages for employees, encouraging recipients to recall staff.

Many of the gains also came from individuals who had told surveyors that their layoffs were temporary.

“This means this was all the easy part of the recovery,” said economist Jason Furman, a top economic advisor to President Barack Obama.

The losses have hit minority and low-wage workers hardest, a trend that continued in May.

The US Labor Department has warned that the headline figures in recent months may underestimate the true jobless rate, due to discrepancies in how people describe their out-of-work status.

Economists say the unemployment rate is likely to still be about 10% at the end of the year – still quite high, and comparable to the peak following the financial crisis.

“We still think it will be a long time before the labour market is anywhere near back to its pre-virus state,” said Michael Pearce, senior US economist at Capital Economics.

But at a press conference on Friday, Mr Trump rejected those forecasts.

“We’ll go back to having the greatest economy anywhere in the world,” he said. “This is a rocket ship.” 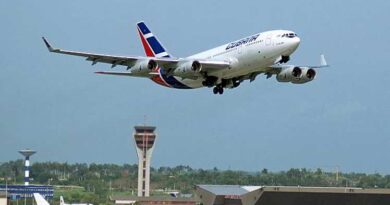