You’d think that of all the leaks in the country, the one that pops up on the street where a professor of water systems lives would get fixed pretty quickly. But as Vanessa Speight will tell you, that’s sadly not the case.

«It just comes out of the pavement and runs down the road,» says Prof Speight, an expert in drinking water quality at the University of Sheffield. It was roughly a year ago that she first reported the problem to her local water firm. Despite efforts to locate the source of the leak, the company has come up dry.

Across England and Wales, just under 3 billion litres (660 million gallons) of water is lost to leaks every day – equivalent to 1,180 Olympic swimming pools.

How can engineers pinpoint leaky pipes and repair them to avoid the sort of problem that Prof Speight reported on her street?

Up and down the country, firms are plugging in tens of thousands of sensors across their networks of pipes and junctions in an effort to detect leaks. Sensors have been used for years to some extent but, thanks in part to a push from industry regulator Ofwat to reduce leaks by 16% over the next five years, the number of devices being deployed is currently exploding.

United Utilities, one of the UK’s largest water companies, is in the process of rolling out 102,000 sensors across its network in the north west of England. The firm has installed 46,000 already. A huge number but Hannah Wardle, network delivery manager, explains it covers just 10% of the firm’s pipe network.

The sensors use accelerometers, the same technology that detects movement on your smartphone. In this case, however, accelerometers pick up vibrations that may be associated with a leak somewhere along a length of pipe.

Other sensors are being deployed too, including acoustic loggers, which listen for the characteristic hum created by a leaky pipe. United Utilities is working with Fido Tech to refine an artificial intelligence (AI) system trained on thousands of these recordings. The system can now pick out leaks with more than 90% accuracy, scoring them from low to high probability.

«For the majority of the high-probability leaks we are successfully finding a leak off the back of it,» says Ms Wardle.

This ability to home in on the actual source of a leak is the holy grail of pipe maintenance. Ms Wardle says United Utilities’ system isn’t perfect yet but with more data and testing her team hopes to advance it further.

The other technology helping to make water pipes smart is narrowband internet of things (NB-IoT) communications – a means of transmitting signals from thousands of remote sensors that uses just a small slice of bandwidth to do so. It means that pipe sensors can send far more frequent updates to a central server without draining their batteries, which are meant to last for years.

United Utilities is planning to start using such sensors later this year but some companies are already rolling them out, including Southern Water, which has begun installing 700 NB-IoT acoustic logger sensors around its network in Southampton.

They are designed to «wake up» at 02:00 every morning, record audio from a pipe and transmit it to a central system. Should a leak be heard, the system can calculate roughly where it might be along a length of pipe, based on the speed at which sound travels through the pipe’s material.

«The data gets sent to the software… which compares it with neighbouring loggers to see if two loggers have heard the same noise.

«It will pinpoint the leak’s position,» says Paul Chandler, UK sales manager at Gutermann, the firm supplying the leak-detecting devices to Southern Water.

Mr Chandler says the NB-IoT signal, which connects via nearby 4G phone masts, gives the sensors an expected battery life of five years or more.

Phil Tapping, regional operations leakage manager at Southern Water, says that gradually more and more of these devices will be deployed across the firm’s network.

Not far away, SES Water, which serves Sutton and East Surrey, is also increasing its reliance on leak detection tech. In this case, the firm uses sensors that measure water flow and pressure in pipes. A dip in flow, for example, may indicate that a leak has sprouted, causing water to escape the system.

SES already has hundreds of these sensors in place but is upgrading them all, roughly 500 devices, to use NB-IoT so that data from them can be transmitted every 15 minutes rather than once per hour.

«It’s like a heartbeat monitor on your network,» says Daniel Woodworth, network strategy manager at SES.

Again, AI will analyse the increased volume of data produced by these sensors to automatically detect evidence of leaks. The system is due to be launched later this year, says Mr Woodworth, who hopes that SES will have an improved ability to spot leaks before customers report them.

Water scarcity is a growing issue in the UK, says Prof Speight. Efforts to improve Britain’s leaky pipes using big data and AI represent the «next generation» of solutions to an age-old problem, she adds. However, she notes that the sheer age of the country’s network is coming under increasing scrutiny.

«It’s not in great condition in a lot of cases and it’s time to really think about a very large-scale replacement,» says Prof Speight.

«No-one wants to face up to the cost of that but actually at some point it’s going to have to be done.»

Mr Woodworth, though enthusiastic about the new sensors being deployed by his firm, agrees that there needs to be a longer term solution involving the renewal of pipe infrastructure.

«We can’t keep putting sticking plasters on our network,» he says. 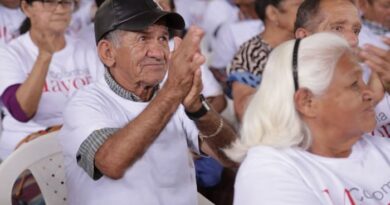