AirAsia’s founder Tony Fernandes is building what he hopes will be the region’s next «super app» as he deals with the coronavirus travel downturn.

He wants to rival the likes of Grab, GoJek and WeChat with an all-in-one app for food delivery, shopping, payments, entertainment and travel.

As the airline’s boss, he has been looking at new ways to generate income while his planes were grounded.

AirAsia has struggled during the pandemic and cut 30% of its staff.

In an interview with the BBC, Mr Fernandes said he has spent his time during the travel slump improving the AirAsia app and the company’s payments platform BigPay.

«The downturn was a blessing in disguise in some ways as it allowed us to focus more on it. Running an airline takes up a lot of our time but we have been given the opportunity and time to focus on our digital business.»

AirAsia already has a «rich database» of over 60 million users as its starting point.

The AirAsia app, which also offers users a messaging service, has set its sights on super apps like Singapore-based Grab, Indonesia’s GoJek and China’s Meituan.

«AirAsia has always been a digital company. We were one of the first airlines to sell online. It’s in our bloodstream,» added Mr Fernandes, who is also a major shareholder of English football club Queen’s Park Rangers (QPR).

«I know a super app sounds like a lofty target but Grab and GoJek also started out small as food or mobility apps. Plus people also questioned me the same way when I said I wanted to start AirAsia.»

Last year AirAsia launched its own record label called RedRecords in partnership with Universal Music. The aim is to discover stars from South East Asia who will appeal to a Western audience.

«Boy have we got something special with the record label. The Koreans have shown how Asian music can appeal to a global audience with K-pop and there is huge potential for South East Asia.»

«This also helps us engage with a younger audience and gives lots of content for our app.» 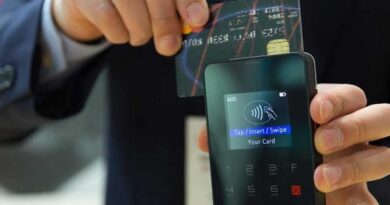