A court case to decide whether many businesses receive insurance payouts for damage caused to them by the pandemic begins on Monday.

It comes after hundreds of firms said they were wrongly denied cover and could even go bust as a result.

A judge will decide on the correct interpretation of 17 so-called business interruption policies, but the ruling could affect up to 370,000 firms.

However, insurers say most business policies simply do not cover pandemics.

How did we get here?

Following the lockdown, a host of businesses had to close their doors and many looked to insurers to cover their losses through their business interruption policies.

However, many insurers disputed these claims, arguing that such policies were never intended for losses caused by unprecedented measures such as government-imposed lockdowns.

About 400 companies have complained to the financial ombudsman, prompting City regulator the Financial Conduct Authority (FCA) to bring this case.

It has selected 17 examples from business interruption insurance policies used by 16 insurers, eight of whom were asked to take part in the court case.

These include Hiscox, RSA Group, Arch Insurance, Argenta, Ecclesiastical, MS Amlin, QBE and Zuric, all of whom agreed to take part voluntarily.

The FCA says the case will provide “clarity and certainty for everyone involved in these business interruption disputes, policyholder and insurer alike”.

What do affected businesses say?

“It’s a bit galling to realise over the years we’ve spent more than £10,000 on insurance which wasn’t valid,” says Nigel Manton of the Fresh Skin Clinic in Cheshire.

“All businesses thought they’d inoculated themselves by buying this insurance and they have found that this financial vaccine doesn’t work.”

These views are echoed by the many businesses who’ve contacted the BBC over the past few months to express frustration that their business interruption insurance wouldn’t pay out.

After all, their business was indeed interrupted by the coronavirus pandemic, as the lockdown stopped them from using their premises, for example.

Now many are crossing their fingers that the results of this case will mean their policies could pay out in future as many are – in the words of the FCA – “under intense financial strain”.

Simon Ager told the BBC his climbing company was at risk of being bankrupted because his insurer Hiscox was refusing to cover losses.

According to his policy, the insurer should cover financial losses for any business unable to use their premises following “an occurrence of any human infectious or human contagious disease, an outbreak of which must be notified to the local authority”.

However, citing a separate clause, Hiscox argues that the policy was intended to cover incidents that occur only within a mile of a business

Mr Ager is now part of the Hiscox Action Group, 369 of whose members are owed £47m in uncovered losses. They will give evidence in this week’s case and have begun a separate arbitration claim against the insurer.

Richard Leedham, a senior partner at law firm Mishcon de Reya, which represents the group, said: “We can shed additional light on the matter and explain exactly why these policies should pay out and show the damage this refusal is doing to hundreds if not thousands of British businesses.”

What do the insurers say?

The Association of British Insurers says most business policies do not cover pandemics, as the level of risk involved would make premiums unaffordable. Instead the majority focus on property damage.

“It is an argument about whether the wording allows insurers to decline the claim.”

In June, Hiscox said it recognised businesses faced “extremely difficult times” and was committed to “seeking expedited resolution of any contract dispute”.

The FCA has said the 17 policies under review in the case are only a “representative sample” and that the test case would provide guidance for the interpretation of “many other” business interruption policies.

However, it has also said all along that most small business insurance policies will only focus on property damage and only have basic cover for business interruption.

As such, it believes “in the majority of cases, insurers are not obliged to pay out in relation to the coronavirus pandemic” and this court case will only focus on the “remainder of policies that could be argued to include cover”.

The trial is expected to take eight days.

Airlines push for virus testing to save holiday season 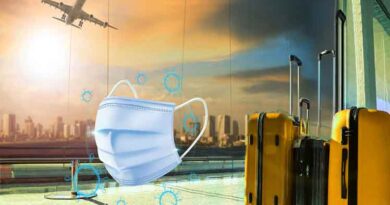