Every summer since her 11-year-old daughter was born, Rachel Douglas has visited family in the Caribbean. Not this year, though.

Travel restrictions and the continuing coronavirus uncertainty have now persuaded Rachel it might be simpler to stay closer to home. But she never expected that finding somewhere to stay would be so difficult.

«There just seems to be so little availability, at least not in Cornwall and Devon where I’ve been looking,» she says. «And the accommodation that is free is so expensive.»

This summer’s «staycation» boom has meant a surge in bookings for UK holiday rentals and hotels. And last week’s news of fresh restrictions on Britons returning from Spain seems to have given a fresh spurt to demand.

Since Friday, Sykes Holiday Cottages, one of the UK’s big cottage rental sites, has seen bookings jump more than 50% year-on-year. At hotel group Point A, bookings are up by the same amount.

It explains why Rachel, 35, who lives at Enfield, north London, has found it so difficult to find somewhere over the last few days.

The youth worker, who will soon return to university to complete her final year of training, said: «I just wanted somewhere for a couple of weeks, may be with an activity centre that would be suitable for my daughter.

«I was looking at Cornwall and Devon, something with half-board and near a beach. I can’t believe how little was still free,» Rachel said. «Either the dates aren’t available, or it’s a ridiculous price.

«The cost is about 2,000-£3,000. Maybe that’s normal, but I wouldn’t spend more than that if I’d spent the summer with family in St Vincent and the Grenadines. I can literally fly round the world for this kind of money.»

She’s now resigned to staying in north London, where she has been since the start of lockdown in March. «I’ve given up trying to find a place. It’s the Costa del Enfield for us.»

Her experience is unlikely to be unique.

It’s the summer season, so rental firms naturally expect accommodation to fill up. But what has surprised firms is the pace of demand.

One of the biggest websites for the rental and hotel market, Booking.com, has more than doubled business for many regions of the UK.

Sykes’ chief executive Graham Donoghue said that «bookings for holiday lets have gone through the roof» over the last few weeks.

In particular, many people are opting for self-catered accommodation so that contact with others can be limited, he said.

«Our bookings are up 114% over the last four weeks, compared to the same period last year, and on the day the government announced that UK travel was to reopen, we saw a year-on-year jump of 221%.

«News of Spain’s travel restrictions at the weekend resulted in a 53% year-on-year rise in bookings,» Mr Donoghue said.

And there are signs that the staycation trend will continue, he said. «We’re also seeing a steady stream of bookings for holidays in 2021 too.»

But it’s not just holiday cottages that are being snapped up fast.

At boutique hotel chain The Pig, bookings for August and September are about 22% ahead of this time last year. And October is also slightly ahead, mainly driven by extended weekend breaks, says the company’s founder Robin Hutson.

Most of his seven hotels are close to 100% full. A new hotel opening on Friday in the beautiful Cornish coastal village of Harlyn is fully booked.

‘Lost a lot of money’

«There was already pent-up demand, but the continuing uncertainty is persuading people it’s just not worth the risk of going abroad,» he said. «A lot of people don’t want to make long-term plans and seem to have decided on extended weekends.»

At Point A Hotels, which operates in London, Edinburgh and Glasgow, there are signs that people may be opting for city breaks rather than the uncertainty of splashing out on the standard two-week summer holiday.

Managing director Nic Wenn said: «The government’s snap decision on UK travellers now having to quarantine upon arrival from Spain demonstrates just how unpredictable foreign travel is at the moment.

«Bookings have more than doubled across our nine UK-based hotels since Friday.» With more restaurants and attractions opening their doors, he thinks the city break has become more attractive.

It’s all good news for the beleaguered UK tourism industry, but companies point out that many hoteliers and resorts are still struggling financially.

«They’ve had a torrid few months,» says The Pig’s Robin Hutson. «My company has lost a lot of money.»

Without the recently-announced VAT tax break, and furlough support for staff, things could have been critical. Social distancing rules mean his restaurants can only operate at about 75% capacity.

So, while the rental and hotel sectors are enjoying unprecedented summer demand, it comes after months of lockdown when no money was being made. «The industry has still to return to normal,» Mr Hutson said. 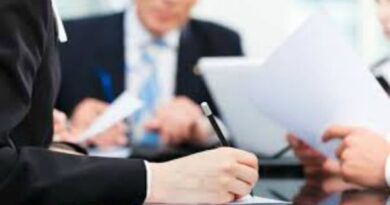 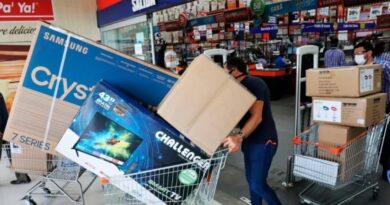