The joint British Retail Consortium-KPMG monitor reported total UK sales up 3.4%, against a 1.6% fall in June 2019.

It was the sharpest monthly rise since May 2018, with computing, furniture and home improvement doing well.

Online sales jumped, and the re-opening of shops released pent-up demand, but the BRC said the crisis continues.

The report said June’s growth was the first since lockdown and far outstrips the average decline of 6.4% over the previous three months.

BRC chief executive Helen Dickinson said: «Despite footfall still being well below pre-coronavirus levels, average spend was up as consumers made the most of their occasional shopping trips.

«Computing, furniture and home improvement all continued to do well as the public invested in home comforts and remote working,» she said.

Although a month of growth was welcome news, she said, further government action to boost consumer demand was needed, along with help to ease shops’ rent burden. «Or, the industry could suffer thousands of avoidable job losses.»

Retailers have already shed vast numbers of jobs, with Boots and John Lewis announcing a total of 5,300 cuts last week.

In June, UK retail sales increased 10.9% on a like-for-like basis from June 2019, although there was significant distortion. Like-for-like was measured excluding temporary closures, but including online sales. So, the like-for-like figure was driven primarily by online sales.

Over the three months to June, food sales increased 7.3% on a like-for-like basis as supermarket sales remained strong. Meanwhile, non-food sales in stores for items such as clothing were 46.8% lower for the quarter.

Paul Martin, UK head of retail at KPMG, said: «Fashion sales haven’t rebounded quite as impressively though, despite reports of increased interest from those prepared to queue to enter stores.

«Online sales – while still in a high gear – are cooling a little as High Street activity picks up again slowly and cautiously.»

The tentative signs of life on the High Street were underlined in footfall figures on Monday. Data from retail experts Springboard revealed that footfall across UK shopping destinations fell by 56.6% in June compared to the same month in 2019.

However, the organisation said this reflected «green shoots» of improvement in the sector as it increased from a 73.3% year-on-year decline in May. 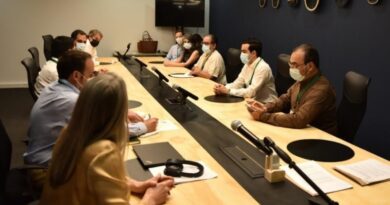 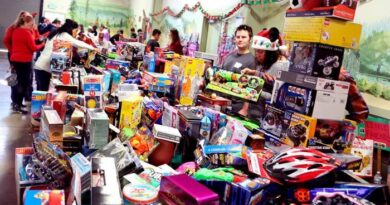