Like many successful career women, Simone Ramos feels she’s had to work harder than any man to get to the top.

A high-flying executive and risk manager for global insurance group THB in Sao Paulo, Ms Ramos says being a female leader in a male-dominated industry has forced her “to be stronger and rise above myself every day”.

“Very early on in my career I realised I needed to leave the office later, I needed to study more, I needed to prove myself three times more than any man,” she says.

Ms Ramos is also an adviser for the Brazilian association of women in the insurance market and has an upcoming book on the subject planned for October. She tells younger women they can reach the top with “focus, determination and clear goals”.

But like other experts, she is concerned about the extra pressures being put on women’s careers during the pandemic – and whether this can end up pushing them back.

The situation is particularly difficult in families where parents are trying to work from home while home schooling their children or caring for other relatives.

According to the International Labour Organization (ILO), it is still women who shoulder three-quarters of all unpaid care work.

“It’s no secret that mothers still carry most of the burden of childcare and domestic work in most families,” says Justine Roberts, the founder and chief executive of Mumsnet, the UK’s biggest online network for parents.

Ms Roberts says this reality is “piling the pressure” on women and leaving mothers particularly “fraught”.

“Mothers are worried that they’re putting themselves at risk of redundancy, or getting into trouble at work because they haven’t been able to perform as well as they usually do.”

“Even if women feel their jobs or incomes are relatively safe, many are saying they just can’t carry on like this for much longer.”

Ms Ramos points out that women have traditionally carried out a “second shift” at home once their work day had finished.

Now most women she knows “are trying to work the two shifts at the same time” – and the mental health toll is driving some to consider quitting, or effectively quitting their jobs during the pandemic.

‘The workplace is outdated’

“We really have to get on the ball about the reality of how women are experiencing the workplace,” says Allyson Zimmermann, a director for Catalyst, a global NGO which works with corporations to improve the workplace for women.

“The system is outdated. And when you look at it, it’s in the interest of corporations to find a new normal in the workplace after Covid.”

Catalyst has spent years tracking the careers of 10,000 MBA graduates, both male and female, from 26 leading business schools in Asia, Canada, Europe and the US.

In its research, the organisation has observed how the lack of flexible work options impacts women’s motivation as they enter motherhood.

But there are also implicit biases that act strongly to slow down progress for women, irrespective of their experience or whether or not they have children.

For example, women in the Catalyst studies were more likely than men to start at a lower level in their first post-MBA job. And when men worked long hours, this strategy seemed to help their careers, but not women’s.

Male graduates were rewarded with pay rises as soon as they switched between firms, but women’s salaries seemed to increase only after they proved themselves to their managers first.

“Women have to constantly improve performance, whereas men are promoted based on potential,” Ms Zimmermann says.

“There’s this perception out there that if women were doing exactly the same thing men were doing, that they would advance. And the truth is, no. Women are often held to a much higher standard than men. It’s a very unconscious bias.”

A new US study by academics at different universities suggests those biases can re-emerge strongly during economic crises.

The upcoming paper has found women trying to join the very top bodies in firms – the board of directors – have a much tougher time when companies are struggling.

After analysing 50,000 board elections in 1,100 publicly listed companies between 2003 and 2015, the researchers found shareholders were normally happy to support female directors when everything was going well.

However, if the company got into trouble or if there was a crisis, they were much more likely to withdraw their support for the female candidate.

Those women were held to much higher standards than their peers, and were more likely to leave the company in subsequent years.

One of the study’s co-authors, Corinne Post, from Lehigh University in the US state of Pennsylvania, says: “It’s hard to find another explanation, other than those biases around women’s commitments or whether they are really working as hard as they should.”

Another co-author, Arjun Mitra, from California State University, adds that companies were undermining their female talent “at a time when they could benefit the most from female leadership qualities”.

“It sends a very strong signal that the firms are not that supportive of having women in leadership roles.”

Lower-paid women are also being impacted

The world has made huge improvements towards gender equality in the past 50 years, but it will be at least another century before men and women close the gaps in the workplace, according to the World Economic Forum (WEF).

And Covid-19 is already having an impact on women in lower income brackets.

The economic crisis has destroyed women’s jobs more than men’s, because it is hitting economic sectors where women are overrepresented in the workforce, like accommodation, food, retail and manufacturing.

In Central America, for example, 59% of women are employed in those sectors, while in South East Asia it’s 49% and in South America 45%.

In the US, female unemployment is higher than male.

“Previous crises have shown that when women lose their jobs, their engagement in unpaid care work increases, and that when jobs are scarce, women are often denied job opportunities available to men,” the International Labour Organization (ILO) warns.

‘One step back and two forward’

But whatever the impact, the pandemic will eventually pass, and Simone Ramos believes it will give way to a “new reality” to which businesses have already started to adapt.

She believes firms are beginning to take a more “compassionate look” and will offer more flexible work options to suit employees’ personal circumstances as standard.

“I think we’ll take one step back and two steps forward,” says Luciana Barreto, the chief executive of M Square, an asset management company with a global portfolio worth $1bn.

Ms Barreto says women are increasingly aware of the importance of their careers “to free and fulfil” them, so “the struggle for gender equality doesn’t end here”.

But she believes in the post-pandemic job market it will be even more crucial for women to “take ownership” of their careers, and question whether the companies they want to work for truly value merit.

Allyson Zimmermann agrees, and says she usually tells female business students to look at what’s happening at the top of firms before they apply for jobs there.

“When you’re looking for your employer, you’re not looking for perfection, but progress. If you do not see yourself represented in the leadership, or if you don’t see that they’re actively working towards that… then I would look elsewhere,” she says. 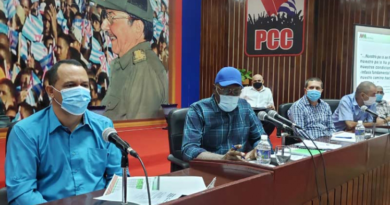