A former US treasury secretary says public investment will be key as the world recovers from the economic impact of the coronavirus crisis.

«Fiscal policies are going to be more important in supporting economic expansion,» he said.

«And public investment policies are going to play a larger part.»

Mr Summers, who is now an economic advisor to Joe Biden’s presidential campaign, told Radio 4’s The World This Weekend programme that «for those with an agenda around infrastructure, there’s huge opportunity in this moment».

Without a doubt, there will be voices right now raising warnings of the political dangers and tax implications of such a growth in state intervention, but none of the economists The World This Weekend spoke to were among them.

Gerard Lyons, chief economist to Boris Johnson when he was Mayor of London and a high profile supporter of Brexit, said such spending is affordable: «Clearly, there is a need at some stage to bring government debt down, in terms of the size of its economy, as we did after the Second World War. But the key thing is that low inflation, low rates and low yields allows the government to sustain a much higher level of borrowing after this crisis.»

For some on the left, the inevitability of more government spending – on both benefits and big job-creating projects – is an opportunity.

The prospect has certainly cheered up the markets, with a recent rally on Wall Street.

But Professor Mariana Mazzucato, Director of the Institute for Innovation and Public Purpose at University College London (UCL), says it is vital that any public spending project is well-focused.

Government has the ‘upper hand’

«If we keep just arriving to the problem once the problem presents itself, so from one crisis to another – the financial crisis, the climate crisis, the health crisis – we’re not going to get out of this constant crisis mode,» she said.

«Most of what governments are currently doing worldwide, the trillions that are being thrown at the problem globally, is really just correcting for a problem.»

Instead, she says, we should «structure that immediate short-term remedy with a long-run kind of vision» of what kind of economy we would like to create afterwards.

«This is the moment for government to do that, because it has the upper hand,» she added.

Most economists warn of a phenomena they call «secular stagnation» – a long-term lack of growth.

This can frighten off both consumers and investors, leading to a lack of investment and innovation that spirals down into greater unemployment and poverty. Allianz’s chief economic advisor Mohamed El Erian says it is a danger which needs to be avoided.

«Difficult decisions have to be made early on as to how you allocate the relief measures you have…what some developing countries are discovering is they simply can’t replay the playbook that has been used in the richer countries – they have to come up with something different that recognises that they’re in there for the long haul.»

Well before the crisis, the idea of a globally-linked economy was, if not under threat, then being questioned – did it benefit very few, to the detriment of millions?

That was one of the pressures behind the wave of new nationalism, and with it, talks of new barriers to protect individual countries’ economies against foreign competition.

The economists the BBC spoke to are agreed there will be one big change in supply lines following the pandemic – «just in time» will be replaced by «just in case».

Manufacturers will build in greater redundancy and look to buying vital components closer to home, but active barriers against world trade are a different story.

Professor Beata Javorcik is chief economist at the European Bank for Reconstruction and Development. He says a big worry is that populist leaders could use incidents of shipments of personal protective equipment (PPE) being stopped at the border to «promote more protectionism».

«It would be very easy to use instruments that are available under the WTO rules to introduce tariffs against subsidised imports…so in the absence of global commitment to free trade the world may just sleep walk into protectionism,» he said.

Even the sharpest minds can only predict the outline of a new world, but it is inevitable these changes will bring a political reaction.

The future is not written in stone or in the stars, nor can it been fully discerned by peering at statistics and graphs. That is in large measure because it depends on choices yet to be made by voters and governments, investors and companies.

The old cliché runs «never waste a good crisis» and certainly, many of the centre left are hopeful that the end result of this pandemic may have, in their eyes, some positive consequences, from more international cooperation to greater government support for domestic programmes they favour, like healthcare and re-training.

But increased poverty all over the world, with little prospect of a rapid reversal of a downward spiral, is a dark background as our century enters its twenties.

Listen to a special edition of Radio 4’s The World This Weekend, looking at the impact coronavirus will have on the global economy. 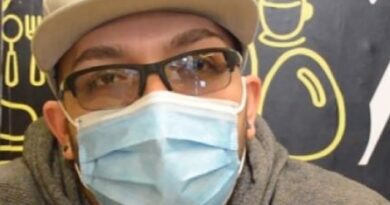 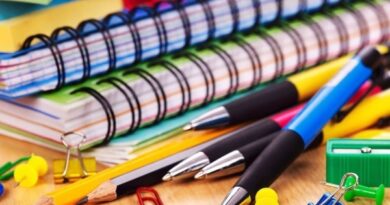 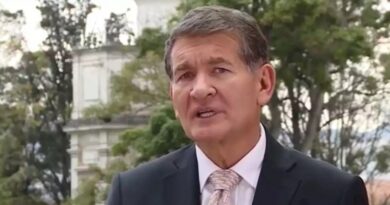