Pub chain Greene King and insurance market Lloyd’s of London have apologised for their historic links to the slave trade.

One of Greene King’s founders owned a number of plantations in the Caribbean.

Meanwhile, maritime insurance – which was focused at Lloyd’s – thrived on the trans-Atlantic slave trade.

Both corporations have apologised and said they will donate to charities representing black and minority ethnic (BAME) groups.

Lloyd’s and Greene King’s moves were first reported by The Telegraph in the UK.

Lloyd’s, which was founded in 1688, insured slave ships.

In a statement, Lloyd’s said: «There are some aspects of our history that we are not proud of.

«In particular, we are sorry for the role played by the Lloyd’s market in the eighteenth and nineteenth century slave trade.»

«This was an appalling and shameful period of English history, as well as our own, and we condemn the indefensible wrongdoing that occurred during this period.»

The insurer says it would provide financial support to charities and organisations promoting opportunity and inclusion for BAME groups.

It has also launched a number of new initiatives aimed at developing black and minority ethnic talent within the organisation.

«In recent years Lloyd’s has driven ahead with a series of positive programmes designed to improve culture across the market. We have made progress, but not enough.»

His son Edward took over control of the brewery in 1836 and it was renamed Greene King in 1887 after merging with a local brewery.

When slavery was abolished in 1833, the UK government compensated thousands of Britons who had lost out financially, including Benjamin Greene.

Details of the sums are listed in a database held by the University of College London (UCL).

Nick Mackenzie, Greene King’s chief executive officer, said: » It is inexcusable that one of our founders profited from slavery and argued against its abolition in the 1800s. While that is a part of our history, we are now focused on the present and the future.»

To address the issue, the pub chain will «make a substantial investment to benefit the BAME community and support our race diversity in the business».

Pressure has been growing on the corporate world to address links to slavery and tackle racial inequality following the death of George Floyd in the US last month while in police custody.

Jet2 tells some holidaymakers in Spain to come home early 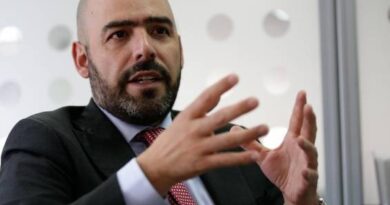