Car loans that hand salespeople more commission if they charge higher interest rates are to be banned from next year.

The Financial Conduct Authority (FCA) reckons the ban will save customers £165m a year in total, or around £100-£200 on a loan.

The FCA said the ban «will increase competition and protect consumers».

At the moment some brokers and car retailers make a commission on the interest rate they charge customers who take out a loan to buy a car.

It said the ban would save consumers between £100-£200, about 6% of their costs, on a loan, although it expects some consumers to benefit much more substantially.

Even though the FCA announced the potential crackdown on the car financing industry last October, the ban will not take effect until 28 January 2021.

«In the light of consultation feedback and the additional operational pressures which the sector is facing at present the FCA has agreed to give firms limited additional time to implement the new rules,» the financial watchdog said.

«The fact that some car dealers increase consumers’ interest rates just so they themselves can benefit from a commission bump is outrageous,» said Citizens Advice Scotland’s financial health spokesperson, Myles Fitt.

«As motor finance options are on the up through schemes like contract purchases this is the time to make sure consumers are adequately protected against these conflicts of interests.»

«The interest rate should reflect the risk that the lender is taking, not how much a car salesman thinks you will pay.»

Banning the commission is the right thing to do, said debt campaigner Mick McAteer, co-director at the Financial Inclusion Centre.

«History and evidence tells us that the combination of fast-growing markets and conflicts of interest in the form of commission payments lead to huge consumer detriment.

«Every mis-selling scandal has that combination,» said Mr McAteer.

«The announcement provides clarity for the industry,» said Adrian Dally, head of motor finance at the Finance and Leasing Association, a trade body for lenders.

«We are also pleased that the regulator accepted our point about the need to monitor the consumer hire market as the ban on discretionary commissions does not extend to personal contract hire agreements.»

Meanwhile Sara Williams warned that the commission linked to interest rates is only one of the ways car finances is mis-sold.

«Too often there isn’t a proper check that people can afford to make the monthly payments for the long contracts,» she said. 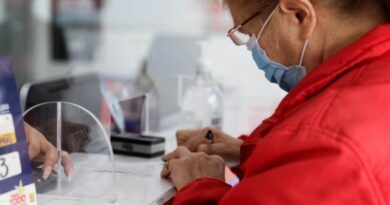