The BBC’s weekly The Boss series profiles different business leaders from around the world. This week we speak to Michelle Doherty, founder and boss of skincare business Alpha-H.

Michelle Doherty says that during her almost 14-year battle against chronic acne she tried everything in an attempt to cure it.

In addition to prescription medications, she used methylated spirits, tea tree oil, and even put toothpaste on the spots.

But nothing worked, and some of the harsher treatments only worsened the problem and her self esteem, as the acne persisted from when she was 14 to nearly 28.

«I was [even] on antibiotics for 11 years,» says the 57-year-old New Zealander looking back. «And I was also on a contraceptive tablet to address hormonal functions.»

It was particularly depressing for her younger self, because after leaving school in Auckland when she was 15, she started a career as a cosmetics salesperson.

Very self-conscious, she says her acne left her feeling that people noticed her skin, rather than her the person. «I felt so unclean,» says Michelle. «In the beauty salons they stocked skincare for people who already had beautiful skin. I wondered: where do people go when they’ve got problem skin?»

When she was 27 Michelle says she finally discovered a cosmetics ingredient that alleviated her acne, and made her skin look better – glycolic acid.

Derived from sugar cane, glycolic acid is used as an exfoliator – to remove dead cells from the surface of the skin.

Today it is utilised by cosmetics brands large and small around the world, and found in thousands of products. But in the early 1990s its usage was very much in its infancy.

But after trying a few products that contained the acid, and seeing first-hand its positive effect, Michelle was inspired to try to start her own skincare brand based around the ingredient.

For the next four years, she and her husband dedicated themselves to product development, and saving funds. In 1995, when Michelle was 32, they moved to the Gold Coast in Australia and launched Alpha-H.

It is so named because glycolic acid is one of a group of alpha hydroxy acids.

After starting out in the couple’s garage, the company today has reported annual revenues of 7.7m Australian dollars ($5.3m; £4.3m). Australian singer and actor Kylie Minogue is known to be a fan, and the firm makes 10,000 bottles of its best-selling product Liquid Gold every day to keep up with global demand.

All production is still done in-house in Australia.

Initially Michelle says that only pharmacies stocked Alpha-H, because beauty salons were put off by the word «acid». However, salons soon followed as word spread.

«I’d be working from the home garage in Monterey Keys, in Queensland,» she says. «I’d dispense products from sauce bottles, before wrapping them, and taking them to the post office [to be mailed out].»

Direct sales to consumers then followed, which got a huge boost from 2000 when Michelle decided to start advertising the products on 24-hour TV shopping network TVSN. She says that while other cosmetics brands «turned their nose up» to this, she recognised its value.

«What we wanted to do was bring salon-grade products to customers without needing them to come into salons to be faced with flawless beauty professionals who couldn’t empathise with people who had serious skin conditions,» says Michelle.

Kelly Dobos, a cosmetic chemist at the University of Cincinnati, says that alpha hydroxy acids «have been applied to the face as beauty treatments for thousands of years, in the forms of natural fruit compresses or milk baths».

«But their scientific merits in dermatological treatment only began to be realised when [there was] a flurry of research activities in the 1980s and 90s,» adds Ms Dobos.

Maria Hols, a Scandinavian luxury beauty writer based in Dubai, says that Michelle, and her own excellent complexion, has always been Alpha-H’s best ambassador.

«Who really needs a model to advertise the brand when you see the results of the products simply by looking at the brand’s founder?» says Ms Hols. «She also managed to start a company with three young daughters, and then to employ them in her company years later. It’s a genuine family company, still.»

Michelle says her skin «does not look like that of a 57-year-old», despite the fact she is now receiving treatment for cancer.

«I go through laser treatment for brain tumours, and chemotherapy for other tumours, and my skin is still glowing,» she says.

As a result of her health issues, last year she sold a stake in the business, for the first time, to global investment company Riverside.

«We have global reach, with a select number of employees on the ground in key regions, but Alpha-H remains predominantly Australian-owned, made and staffed,» she says. «We currently have 65 people on the Australian payroll.»

She adds that the only reason she wouldn’t start another business is down to her health. «I love the chase,» she says. «I’ve got ideas beyond the beauty arena.» 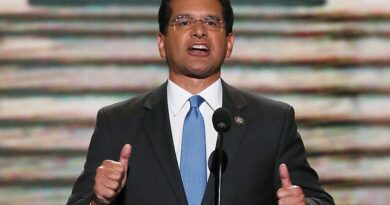 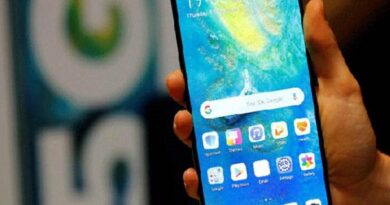 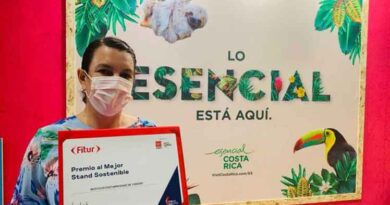