Celebrity Kanye West, whose music made him a household name, is now hoping to have the same impact on clothing.

He is working with Gap on a clothing line, which will carry the name of his Yeezy fashion label. It is expected to be available for customers next year.

The two brands said the partnership will help them find «new audiences».

Gap sales have been struggling in recent years, while Mr West has long expressed interest in selling his fashion to the masses.

The partnership with the US retailer also represents a bit of a triumphal return for Mr West, who worked at the company as a teenager.

He has previously partnered with Adidas, which regularly sells out of its batches of limited edition Yeezy trainers, which can go for more than $300 (£243) and far higher on the resale market.

Mr West’s clothing brand was valued at $2.9m in April, according to the companies. He will retain sole ownership, receiving royalties and a potential shareholding, tied to sales.

Mark Breitbard, global head of Gap Brand, said: «We are excited to welcome Kanye back to the Gap family as a creative visionary, building on the aesthetic and success of his Yeezy brand and together defining a next-level retail partnership.»

News of the deal sent Gap shares surging more than 25% on Friday, as investors bet the tie-up will help the retailer revive its cool.

«At a stroke, even announcing it has transformed Gap from being a rather bland and uninteresting brand into something that finally has a bit of cachet,» said Neil Saunders, managing director at GlobalData Retail.

«People are talking about Gap in a way that they haven’t done in a very long time.»

Mr West, who grew up in Chicago and is married to Kim Kardashian, has said in the past that he plans to make Yeezy the «biggest apparel company in human history».

there’s been a lot of fake news so I just wanted to give you the facts. Yeezy will become the biggest apparel company in human history by working with the most genius level talents and creating product at an affordable price. I hired the head of supply chain from the Gap.

He started the Yeezy brand more than a decade ago with sneakers and has since done shows at the fashion runways in New York and Paris.

In an interview with the Wall Street Journal earlier this year, he discussed his efforts to perfect the hoodie and his interest in becoming «the next Gap» or Apple, companies that defined the look of a product for a generation.

Gap has been a reference point in his music as well. In an early album, he rapped about working at a Gap store, describing getting questioned about stealing from the till and eventually quitting to write music.

«They take me to the back and pat me. Asking me about some khakis. But let some Black people walk in. I bet you they show off their token blackie,» he said.

Mr West has at times stirred controversy, particularly with his support for Mr Trump.

But Gap, which saw sales slip 1% in its most recent financial year and has been pummelled by the pandemic, is betting his aesthetic will be a draw for customers.

But the firm risks getting swamped by Yeezy, if it doesn’t also make changes to its own products, Mr Saunders warned.

«There needs to be something that Gap brings to the party and that requires a lot of evolution from Gap,» he said. «This is a great opportunity for Gap but they need to capitalise on it.» 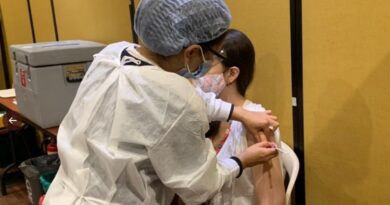 Coronavirus: Visitors may not see the thrill of VAT cut 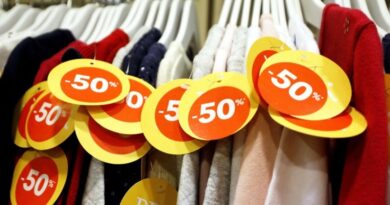