Jet2 has announced it will refund customers on holiday in Spain who have been asked to fly back to the UK early.

On Thursday, the airline cancelled flights back to the UK for hundreds of passengers.

The carrier told the BBC it is operating empty flights to pick up passengers from Spanish destinations up to and including 3 August.

Jet2holidays will also refund unused nights for customers affected by the flight cancellations.

The airline added that it would refund the difference if customers had to book new flights to return to the UK.

The move follows criticism from some passengers who told the BBC on Thursday they were being charged more money to fly back on rescheduled flights.

Other customers said they were anxious and upset about having their holidays cut short and their flights cancelled.

Jet2 told the BBC it was “responding to a very fast-moving situation with updates coming from the government with little or no notice, and we have had to make decisions about our programme accordingly”.

“We can assure these customers that we will be in touch with them to resolve any issues that they may have,” the firm added.

The airline has suspended flights and holidays to Tenerife, Gran Canaria, Fuerteventura, Lanzarote, Majorca, Menorca and Ibiza up to and including 9 August have been suspended.

It follows a decision to suspend all holidays and flights to destinations in mainland Spain – Costa de Almeria, Alicante, Malaga and Murcia – up to and including 16 August.

The airline said customers had been contacted and advised of their options regarding flying back to the UK.

“For flight-only customers who were due to travel after this date, we have cancelled and refunded the cost of their original inbound flights, and customers can book another flight should they wish,” a Jet2 spokeswoman told the BBC.

“There is availability on these inbound flights and our pricing reflects this. On the occasion where there is an increased cost, customers can get in touch with us with their booking information and we can assure them that any difference in cost between the original and new fares will be refunded.

“We appreciate that some customers were due to stay on holiday for longer than this, and we apologise for any inconvenience caused by these unprecedented circumstances. Nobody wants customers to be on holiday enjoying themselves more than we do.

“We can assure Jet2holidays customers that if they have not been able to stay the number of nights on holiday that they had originally booked, they will be refunded for those nights.”

It will take up to 28 days for customers to receive refunds from Jet2.

“Since May, the Civil Aviation Authority has been reviewing the refund practices of 18 carriers – both UK airlines and international airlines – looking at how refunds for flight-only bookings have been handled during the coronavirus pandemic,” said a Jet2 spokesman.

“The CAA found that we are the only UK airline to have been consistently processing cash refunds quickly and having only a small backlog of refund requests.” 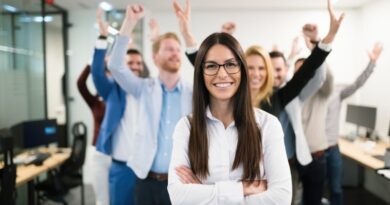 Coronavirus: How can I find a new job?