She is one of thousands of extremely clinically vulnerable people who have been shielding due to their health, and face a return to work in the autumn.

Kate, 56, works for her local museums service, and had been about to return to work after undergoing cancer treatment when the first UK lockdown began in March.

Kate, and millions of other vulnerable people, were initially told to not go outside, and to self-isolate, to reduce the risk of catching coronavirus.

This guidance was gradually relaxed, and in August the government told extremely vulnerable people that they no longer needed to shield in England.

Kate lives in Leicester, so is locally locked down at the moment, but as it stands, she expects to return to work in September.

This is daunting for her, especially as trips which used to be mundane now seem very risky.

She has left the house twice since March. «It’s quite nerve-wracking,» she says. «I’ve been to the dentist and it’s absolutely fraught with danger.»

She is nervous about how to go about her daily life, and is unsure about the reality of wearing masks in shops and having to use customer one-way systems.

Due to the nature of her treatment – Kate had surgery, chemotherapy, and radiotherapy – she understands her immune system is «severely depressed».

She is not sure what would happen if she caught Covid-19.

«Physically, I’m not in the best shape to be out in the world,» she says.

While she has faith in her employer to take steps to keep her safe, she still works in contact with the public, and feels that there is a risk that she could catch coronavirus.

Kate says she was «lucky» as she was not furloughed, having been able to work from home during the lockdown. She will be expected to go back to work.

However, thousands of people who have been shielding during the coronavirus pandemic, and who can’t work from home, could be forced to choose between their job and their health as furloughing winds down, charities have warned.

Eleven charities have called for the government to introduce furloughing for high-risk workers in that situation to avoid job losses.

Lynda Thomas, chief executive of Macmillan Cancer Support, said: «As more and more people who have been shielding return to the workplace, we need clarity around how people with cancer who continue to be particularly vulnerable to coronavirus will be supported and kept safe.

«We are calling for the government to introduce a furlough-style scheme to protect these high-risk employees.»

The charities said many workers have concerns that their workplaces won’t be safe enough for them to return.

The Office for National Statistics estimated recently that 176,000 people who were shielding were furloughed and can’t work from home.

According to this data, an estimated 38,000 people who normally worked would not return within the next four months.

Caroline Abrahams, charity director at Age UK, said: «We fear thousands of shielding workers will end up losing their jobs because they can’t return to them safely.

«These people have made a lot of sacrifices over the last six months to protect the NHS as well as themselves, and they shouldn’t have to lose their jobs as well.»

The Department for Work and Pensions said employers must make sure staff feel safe returning to work.

«We know it has been a challenging time for people shielding and their families, and we have been doing everything we can to support them throughout this pandemic,» a spokesperson said.

«Shielding for the clinically extremely vulnerable has been paused since the start of August in most of the country as average rates of coronavirus remain sufficiently low.

«Staff and employers must carefully discuss options around returning to the workplace, and employers are responsible for ensuring all their workers – including those who have been shielding – feel safe in doing so.»

«It is important our response remains proportionate, and shielding is still advised in specific areas of the country where prevalence of the virus is higher.»

The government position is that no employer should force their staff to return to an unsafe workplace, and they should ensure that vulnerable workers can return safely.

The furlough scheme has so far supported the wages of 9.6 million people at a cost to the taxpayer of £34.7bn, and the government has supported business through measures including tax deferrals, VAT cuts, business rates relief, rent moratoriums, and loans. 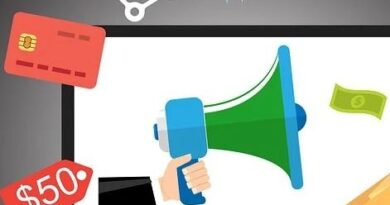