Spain has been plunged into its deepest recession in modern times by the coronavirus pandemic.

Its economy shrank by 18.5% in the April-to-June period, having already fallen by 5.2% in the first three months of the year.

The country was the worst performer in the eurozone, which saw its overall GDP decline by a record 12.1%.

France’s economy has also been badly hit, with GDP there falling by 13.8% in the second quarter.

The French statistics agency said the low point had come in April, with a gradual recovery in May and June as lockdown restrictions eased, but economic activity was still well below normal.

Italy, which was among the first European countries to be hit by the pandemic, has reported a similar drop, with the economy contracting by 12.4%. However, the fall was less steep than expected.

Across the EU, the economic contraction was 11.9%.

The official Eurostat agency said the falls were the largest since it began recording the figures in 1995.

The figures are dreadful, but not a surprise. The eurozone includes some of the countries most severely affected by deaths from coronavirus.

Lockdowns earlier in the pandemic were draconian and in any case, many people have been wary of exposing themselves to the risk of infection. The result was some extraordinary declines in economic activity.

In the case of Spain, a group of service industries which includes transport, restaurants and accommodation suffered a decline of more than 50% in the first half of 2020.

Even Germany was hit hard, in spite of a less severe health situation and being less exposed to the damage done to the tourist industry. German consumers cut back. It is also a big goods exporter and global trade has been severely disrupted by the pandemic.

The US and Germany both announced huge falls in national output on Thursday, showing the global economic impact of Covid-19.

The US saw its sharpest contraction in decades, with the economy shrinking at an annual rate of 32.9% between April and June.

Germany reported its deepest quarterly decline on record, as total production of goods and services fell by 10.1%.

The Spanish figures, which were worse than forecast, have wiped out the growth of the past six years.

Economic activity in Spain has declined by a total of more than a fifth so far this year. Service industries including transport, restaurants and accommodation have been hardest hit, as they have been most affected by the restrictions on movement imposed to fight the pandemic.

Spain has suffered a large number of deaths in the course of the health crisis, and a correspondingly dramatic impact on the economy was seen as inevitable, says BBC World Service economics correspondent Andrew Walker.

Our correspondent adds that although many of the restrictions on commercial activity in Spain have now been eased, any rebound is sure to be impaired by the recent resurgence of coronavirus infections in some areas. 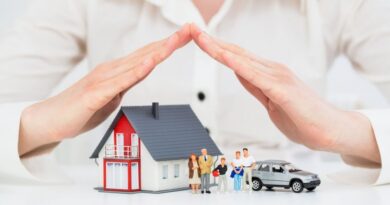