Restaurant owner Lubeck Sredojevic is exactly the kind of person who should be benefiting from Chancellor Rishi Sunak’s «Eat out to help out» scheme.

The Serbian-born businessman has been the owner of the Boulevard restaurant in south Croydon since 1999.

He initially welcomed lockdown as a chance to take a break and refurbish his restaurant’s interior, «because in 21 years I didn’t have a proper holiday», but now he is ready to serve his customers again.

He is taking part in the government’s meal discount scheme – which runs between Mondays and Wednesdays throughout August – but he is «not crazy about it».

«I have more bookings than I normally have for Monday, Tuesday and Wednesday,» he says, «But my Friday, Saturday and Sunday are worse.

«It will definitely affect the weekend and we won’t have as many people as we normally have.»

The other big problem with the scheme for Mr Sredojevic is that it only covers food, not alcohol, and that makes it confusing to administer.

«It’s very complicated technically to separate them,» he says. «We’ve got to do it manually and I need to do it myself, because I want to check it has been done properly.

«It would have been easier to do it for everything. They should have found some way to make it simpler.»

«Eat out to help out» is the chancellor’s latest move to help boost an industry that has been badly hit by the coronavirus pandemic.

Mr Sunak hopes that by offering up to £10 off a meal in August on certain days, it will encourage people to visit restaurants and cafes.

But with the offer only available on 13 days during the month, is it too little, too late to save an industry already ravaged by a devastating wave of closures and job losses?

«There are still a lot of difficulties facing our industry,» said Marcello Distefano, boss of the San Carlo chain of restaurants.

«We’re running at reduced capacity and we’re still suffering from no-shows. and we’ve still got the major question over rents which will come to fruition at the end of September,» he told the BBC’s Today programme.

«We’re looking forward to the autumn with a little bit of trepidation at the moment with what’s happening.»

The chain has 21 restaurants across the country, but its problems are typical of an industry that has been brought to its knees during the coronavirus crisis.

Six of its branches remain closed and 130 of its 700 workers are still furloughed.

«We’ve still got three restaurants that are closed in London, predominantly in the Covent Garden area, which relies heavily on theatres and tourism. But even at the London branches open, sales figures are down 70-75% on last year,» Mr Distefano revealed.

«With there still being so many unknowns, we still have a sense of uncertainty about our future.»

«The hospitality sector has been hit particularly hard by the nation’s lockdown,» said Will Hawkley, UK head of leisure at KPMG.

«While some restaurant doors have reopened, consumers still struggle to shake off the words of caution that previously told them – in no uncertain terms – to remain at home.

«Worries around what will happen in city centres or during the winter, when the nights draw in and the weather gets colder, still remain.»

The Covid-19 crisis has seen a number of restaurant chains in trouble, with the loss of thousands of jobs.

Byron Burger became the latest business to add to the industry’s woes at the end of July, when it announced it was axing 650 jobs and closing more than half its outlets.

The owner of Cafe Rouge, the Casual Dining Group, went into administration in July and closed 91 of its 250 sites, with the loss of 2,000 jobs. The group has since been bought, saving 4,000 jobs.

Bella Italia-owner Azzurri also went into administration, which meant 75 branches closing and 1,200 jobs disappearing before it, too, was bought by a new business.

Carluccio’s is another chain that fell into administration, before being bought by the owner of Giraffe restaurants, although 40 of its outlets were closed with the loss of 1,000 jobs.

‘Right thing to do’

The «Eat out to help out» scheme applies to eat-in food and drink at more than 72,000 venues across the country.

«I’ll be going out and helping those restaurants in Stratford-on-Avon, in London, wherever I can, of course. I think it’s the right thing to do.»

Asked if you could choose to pay full price, he replied: «It’s worth all of us going out and if the government is supporting the sector, why not?

«We should all absolutely make sure that we go out and enjoy that restaurant.»

Are you participating in the «Eat out to help out» scheme? Email haveyoursay@bbc.co.uk. 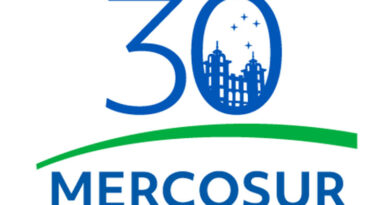 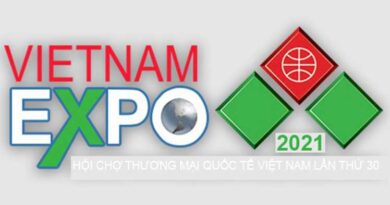