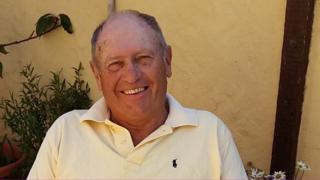 A father who initially paid £4.99 for his 11-year-old daughter to use a smartphone app was shocked to discover a bill for thousands of pounds a month later.

After looking at his balance a month later, he saw thousands had been charged.

Roblox says it will refund him.

Roblox is an online multiplayer game with about 100 million users worldwide.

It is especially popular with children. Its business model relies on in-app purchases. Roblox is free to download, but users can then spend money during play.

«My daughter told me all her friends were playing this game and she wanted to spend £4.99,» he said. «She made that purchase using my debit card on 16 April and I thought nothing more of it.»

During the pandemic lockdown he decided to sign up to online banking.

«I’m not very tech-savvy. Due to coronavirus I couldn’t visit the bank and I didn’t want to use cash machines, so I decided to sign up to online banking,» he said.

When he first logged in, almost a month after that initial payment to Roblox, he was shocked to discover that £4,642 had gone and he was in his overdraft.

«When I first logged in nearly a month later I was astonished to see hundreds and hundreds of separate transactions, all between £0.99 and £9.99. I couldn’t understand it. I thought I’d been scammed.»

He realised he had lost about £3,500 so he phoned his bank, HSBC, to cancel his card. Despite doing that a further £1,000 or so left his account and was paid to Roblox via Google Play, he says.

«My daughter was really upset when we told her about the financial consequences. She thought she was playing with monopoly money – it didn’t seem real to her. How can these companies be allowed to trap minors in these games? To trap people who are vulnerable?» he said.

He said he also thinks the government should step in and change the law.

«I get by on my pension. But this is a lot of money to me. I had earmarked it for a holiday when this pandemic is all over. I wanted to pay for my daughter to have a break. We can’t now and I’m in my overdraft.

Steve admits that he didn’t read the terms and conditions of the sale when he allowed his daughter to initially spend £4.99 on his debit card.

But he says he’s amazed that in a game designed to be played by children it would even be possible to spend thousands of pounds across a thousand transactions over the course of just a few weeks.

After being approached for comment by the BBC, the company said it would issue a refund.

«We strive to prevent unauthorized purchases, by taking measures such as not storing billing information, and work directly with parents to provide appropriate refunds whenever possible, which is the case in this instance,» Roblox told the BBC.

«We encourage parents to review their payment settings on third-party services, such as Google Play, as they typically have an option to require a password for each purchase made and/or to prevent any information from being saved in browser settings that could allow them to be reused.»