A number of women who play online Scrabble on the Scopely app Scrabble Go say they are being messaged by «creepy men» within the game’s chat function.

They begin a game and then start asking where the women live and whether they are married and want to continue chatting via other messaging apps such as WhatsApp.

It is likely many of them are romance scammers.

Scopely said the chat function could be restricted to friends only.

One woman, who is in her 60s and lives in London, told BBC News she was contacted via private message by two or three people per week, all claiming to be men from the US.

She did not wish to be named.

«They start with, ‘How you doing?’ They match you to start a game, then start messaging.

«They play very badly, so you win the game. And then they big you up.

«Regularly, they say, ‘I just want to check, can’t we be friends?’

«When you say, ‘No,’ some of them disappear, they resign from the game.

«If you don’t reply at all, most of them resign from the game.»

She believes many of them are scammers.

English did not appear to be their first language, she said.

One man confessed to using his son’s photograph as a profile picture, because he thought his son was «more attractive».

«This is not a dating site,» she said.

Scopely said it «does not tolerate any harassment or misconduct» on its games platforms and players should report incidents to it.

«In Scrabble Go, players are able to access mute and block functions within the chat feature, as well as the ‘mute public chat’ privacy setting,» a spokeswoman said.

«When enabled, players will only receive chat notifications and messages from players they already know and are connected with as a Facebook friend, favourite, or via their synced contacts.»

And it became the official Scrabble app in June, when the Mattel franchise ended with games giant EA.

It says it has 2.5 million daily players.

But a petition calling for the return of the EA app has now had nearly 8,500 signatures.

And Scopely introduced a «classic», stripped-down version of the game after complaints about additional features such as treasure-style rewards and vivid colours.

One woman who signed the petition three days ago, wrote: «I do not like being targeted by creepy men who want to chat not play Scrabble.»

Australia’s Competition and Consumer Commission (ACCC) told Gizmodo it had received two reports of romance scams on Scrabble Go in its first three months but it had also received two about the previous EA app during the first half of 2020.

«Suddenly, I’m inundated with guys wanting to hook up because they have fallen madly in love with me at first sight,» she wrote in a blog last year.

It’s a problem that is common across many social-media platforms.

And it’s difficult to police, especially as it takes place in the form of private messages. 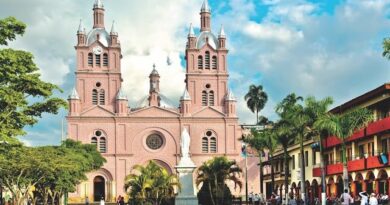