The UK government has signed a fourth coronavirus vaccine deal, securing up to 60 million doses of an experimental treatment being developed by drug giants GSK and Sanofi.

The government has already signed up for 100 million doses of the Oxford University vaccine being developed by AstraZeneca.

It has also secured another 90 million doses of two other promising vaccines.

However, it is still uncertain which, if any, of the vaccines may work.

Governments around the world have pledged billions of dollars for a Covid-19 vaccine and a number of pharmaceutical firms are in a race to develop and test potential drugs.

The vaccine involved in the latest government deal, developed by Sanofi in partnership with GSK, is based on the recombinant protein-based technology used by Sanofi to produce a flu vaccine, as well as GSK’s established pandemic technology.

Sanofi, which is leading the clinical development, said regulatory approval could be achieved by the first half of 2021 if trials were successful.

In the meantime, Sanofi and GSK are scaling up manufacturing to produce up to one billion doses a year overall.

The vaccine has already been at the centre of an international political storm after Sanofi rowed back on an apparent promise to prioritise the US market.

Sanofi chief executive Paul Hudson sparked a row in May by saying the US government had «the right to the largest pre-order because it’s invested in taking the risk».

But he changed his view after then French Prime Minister Edouard Philippe responded by saying access for all was «non-negotiable».

In their latest announcement, GSK and Sanofi stressed that they were «committed to making the vaccine available globally».

«With our partner GSK, we are pleased to co-operate with the UK government as well as several other countries and global organisations as part of our ongoing efforts to develop a safe and effective vaccine and make it available as quickly as possible,» said Thomas Triomphe, executive vice-president and global head of Sanofi Pasteur.

Roger Connor, president of GSK Vaccines, added: «We thank the UK government for confirmation of purchasing intent, which supports the significant investment we are already making as a company to scale up development and production of this vaccine.»

UK Business Secretary Alok Sharma said: «It is important that we secure early access to a diverse range of promising vaccine candidates, like GSK and Sanofi, to increase our chances of finding one that works, so we can protect the public and save lives.»

Kate Bingham, who chairs the UK government’s Vaccines Taskforce, said: «This diversity of vaccine types is important because we do not yet know which, if any, of the different types of vaccine will prove to generate a safe and protective response to Covid-19.

«Whilst this agreement is very good news, we mustn’t be complacent or over-optimistic.» 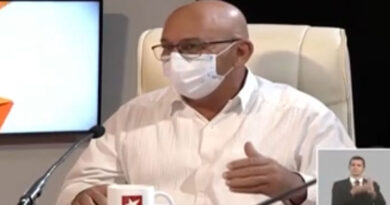