Three months after lockdown shut down large parts of the UK economy, job losses are beginning to bite – nowhere more so than in the Cornish town of Newquay where more than half of those employed work in the badly affected sectors such as tourism and hospitality.

Standing in the dining room, amid a sea of upturned chair legs, piled on once bustling tables, Jackie Cunliffe reflects on the 30 years she spent working in Newquay’s Beresford Hotel.

The 63-year-old general manager is widely respected and held in great affection by the 50 staff who lost their jobs when the hotel closed in May, after Shearings’ parent company went into administration.

«We should have 200 people in here, having their breakfast, going out on tours all around Cornwall.

«We have diaries full of people asking for tables-for-two, specific rooms. All of it has just gone.»

Some of the staff had gathered in the hotel ballroom to join a conference call on 22 May, when the chief executive of Shearings’ parent company, Specialist Leisure Group (SLG), told nearly 2,500 employees across the UK that efforts to save the group had failed.

Just three years after reporting record sales and profits, the group – owned by American private equity firm Lone Star Funds – called in administrators, bringing to an end a company whose origins can be traced back 117 years.

Among those in tears at the news was Caroline Tansley, who worked at The Beresford for 20 years – primarily as a receptionist, though she often pitched in with the entertainment: singing, dancing, bingo, comedy, and as ‘Mother Christmas’, handing out presents to guests.

As well as losing her job, Caroline is losing her accommodation and is obliged to move out by 3 July.

«Normally at this time of year, with the lovely weather we’ve been having, it would be heaving.

«To the see the hotel standing empty is just heart-breaking,» she says.

Her partner, Darren Philips, is in the same boat.

A part-time assistant manager at the hotel, he says the company were brilliant when he lost the sight in his left eye 10 years ago, and even developed a role specially for him.

The sight in his right eye isn’t great either, and he fears he may not work again.

«I can’t use computers. Anything that needs me to see really, I struggle with.

«I’ve worked here for so long, I know the building like the back of my hand. I’d struggle if I went to a different building, with steps. I’d end up falling down.»

The 107-room Beresford Hotel is one of two hotels in Newquay that have been forced to close due to SLG’s demise.

A few yards along the same road, the 52 rooms of the Marina Hotel are empty too, the front doors directing any questions to the administrators in Wigan.

Two other hotels owned by the group in Cornwall have also shut – some 150 jobs are estimated to have been lost.

While Covid-19 has been less of a health crisis in the south west of England than many had feared, the pandemic is predicted to hammer the local economy.

Cornwall Council will consider a report on Wednesday that indicates as many as 72,800 jobs – 27% of all jobs in the county – are at risk due to the ongoing lockdown.

It calculates that the all-important tourism sector will lose £630m by the end of June.

And a report in April from think tank, the Centre for Towns predicts Newquay will suffer the greatest economic hit of any town in England and Wales.

No surprise then, that hopes of finding a new job quickly are not high among the Beresford’s former employees.

Some are being told they are competing with up to 500 people for jobs in local supermarkets – an intimidating prospect for the many staff who have not faced a job interview in decades.

Head chef Phillip Milne, who spent 18 years at the hotel and took great pride in teaching culinary skills to the many international staff who passed through, says the past few weeks have been demoralising.

«To have no security, and no jobs in the area, is very hard to swallow.

«You feel as though your pride’s been taken away a bit.

«You’re up at 6 o’clock in the morning because your pattern is still the same, and you’re on the internet going through every single website looking for work.»

Phillip led a kitchen team that could serve 190 covers in around 90 minutes on a busy day.

The hotel mainly catered for older visitors, who often returned year after year for the comfort and familiarity which The Beresford offered.

At the height of the summer, Shearings could bring 1,000 people to Cornwall every week.

There is hope, if the lockdown is further eased next month and tourists begin to return, that some jobs will open up.

Katie Kovisia, the hotel’s former head housekeeper, has been offered a cleaning job at a holiday park for the summer, or she could clean holiday cottages on a self-employed basis.

Neither prospect is particularly appealing for the 15-year veteran of the Beresford, but she realises she may not have many options: «Here I was part of a family. It’s been my life. It’s very sad.» 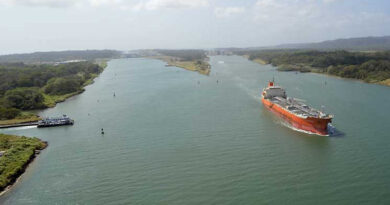