The government is pledging to double the number of frontline staff at job centres in the wake of the Covid-19 crisis.

Chancellor Rishi Sunak is expected to pledge £800m to recruit 13,500 extra staff as part of an economic recovery package announced on Wednesday.

The Treasury says 4,500 of them will be in position by October, with more following later in the year.

The announcement comes after UK companies announced thousands of job cuts this week, with many firms cutting jobs now to reduce costs.

Job centres are set for more face-to-face meetings with jobseekers from Monday, as lockdown restrictions are eased.

The government says its furlough scheme, currently paying 80% of the wages of more than nine million workers, has already stemmed job losses from a sharp economic decline following the Covid-19 crisis.

However, the scheme is due to be pared back from August, and is set to finish at the end of October.

Shadow chancellor Anneliese Dodds said schemes to support jobs should be better tailored to individual sectors and tied to the easing of lockdown restrictions.

«There’s a strong argument for continuing to provide support in areas where there would be viability for the future,» she told the BBC’s Andrew Marr show.

«We want to make sure that people are in that kind of situation for as short a period as possible,» she said.

Ministers under pressure to act

Higher unemployment is inevitable as a result of the coronavirus pandemic, that much the government admits.

The impact of the crisis is already all too clear, with companies in various sectors announcing significant redundancies over the last few weeks.

What is not yet clear is how far the chancellor is willing to go to limit the number of people losing their jobs.

Labour criticise the government’s «one size fits all» economic approach and say current support should continue through local lockdowns.

A further extension to the job retention scheme has been ruled out, beyond that Chancellor Rishi Sunak has promised «bold» action to restart the economy.

With recession looming and further job cuts expected he will be under significant pressure to deliver on that.

The Treasury is committing to increase the total number of mentors working in job centres in Great Britain to 27,000, double the current 13,500.

A spokesperson added that the extra staff would provide «expert advice» to those seeking work to help jobseekers «make the most of their skills».

The chancellor is also expected to pledge an extra £32m for recruiting extra careers advisors, and £17m for work academies in England.

PCS union general secretary Mark Serwotka said the recruitment of extra staff for job centres was welcome, but the announcement «falls well short of what is required».

He also accused the government of being «reckless» by sending job centre staff back to work «when Covid-19 is still a threat».

«Some job centres have no screens installed and we have reports that some are so flimsy they can easily be knocked over,» he said.

«Risk assessments have not been agreed with the union and our members say PPE and hand santisers are in short supply.» 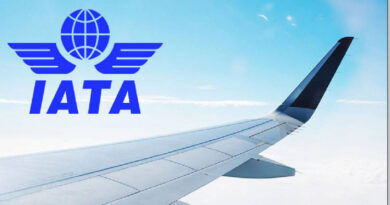