May was another tough month for retail as coronavirus lockdown measures continued, a trade body says.

Online sales growth rose fifteenfold to 60.2%, but failed to offset this drop.

Separately, Barclaycard figures suggested a further boost in supermarket sales as people made the most of warm weather.

May was «yet another month of struggle for retailers across the country», the BRC’s chief executive Helen Dickinson said.

The BRC and KPMG survey suggested a decline in sales that was the second worst on record, after a huge drop in April.

«For those shops whose doors remain shuttered, it was once again a tough month and even those who stayed open suffered reduced footfall and huge costs implementing social distancing measures,» she added.

«While the month showed record growth in online sales, many retailers will be anxious to see whether demand returns to our High Streets when non-essential shops reopen from 15 June.»

Online sales accounted for almost 62% of all retail sales in May, the survey said.

Despite the overall drop in total retail sales, food sales rose strongly in May by 8.7% like-for-like, «with consumers taking to their local parks for beers, barbeques and picnics,» Ms Dickinson said.

Computing and office supplies sales also did well, as did fitness equipment, continuing a lockdown trend, the BRC said. Toys and baby equipment rose too, it said.

However, sales of health and beauty products, furniture, clothing, footwear and jewellery all fell.

«The disparity between different types of retailers and categories continues, with clear divides between essential and online versus non-essential and physical,» said Paul Martin, the UK head of retail at KPMG.

«Many non-essential categories – especially fashion – continued to attract limited demand, which will increase the pressure on them in the coming months.»

He added that although stores would be opening again from 15 June onwards, it would be «gradual» with safety the most prominent concern, and some shops might not open at all

«Stores may soon have the greenlight to re-open but it will be a gradual affair with safety front of mind, and some doors may not reopen at all.

«Covid-19 has acted as an accelerant in the shift towards having less of a physical presence, not least due to the obvious need to radically reduce costs for survival,» he added.

Over the longer term, the temporary closures of many High Street shops have had a huge effect on non-food in store sales, the BRC figures suggested.

Over the three months to May, non-food in store sales dropped 50.3% on a total basis.

The data from Barclaycard indicates that supermarket spending rose by 24.5% in May.

This increased to 27% in the week preceding the Victory in Europe (VE) Day weekend «as Brits made the most of the sunny bank holiday,» it said.

Continuing another lockdown trend, consumers «remained loyal to local specialist food and drink outlets, such as greengrocers and independent convenience stores, with the category seeing a growth of 42.5% – the highest increase since restrictions were introduced,» Barclaycard said.

The higher spending in supermarkets helped offset a 49.7% drop in spending on fuel, Barclaycard said. Roads were much quieter in May as lockdown measures continued. 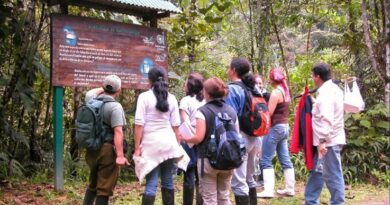