When Brandon Humberston’s weekly unemployment benefits finally kicked in after months of waiting, the $750 (£586) cheque was a «godsend».

Suddenly the 19-year-old, who worked as a cook at Mexican restaurant chain Chipotle until the pandemic cost him his job, could pay rent and buy groceries – even save a little.

Now much of that income is set to disappear.

The $600 a week additional payment that the US approved to top up unemployment benefits during the pandemic will expire on 31 July. In many states, recipients have already received their last cheque.

«It’s pretty dire,» says Mr Humberston, whose benefits will be cut to $150. «My generation is hanging on by a thread».

When the US approved more than $2.4tn in spending this spring to try to shield its economy from damage caused by coronavirus, economists warned more would be necessary.

Lawmakers in Washington have yet to act.

While Democrats have proposed another $3tn in spending, Republicans have rejected that plan and remain divided about how much more aid – if any – is warranted.

The fate of the unemployment benefits that Mr Humberston – and an estimated 30 million other Americans rely on – is giving the debate a sense of urgency.

When Congress boosted the payments by $600 a week in March, it nearly tripled the average benefits payment. The move meant recipients could claim roughly the equivalent of the country’s median wage of about $975.

Republicans are now pushing to reduce the temporary bonus set to expire at the end of the month.

They say it is discouraging people from going back to work, pointing to research that shows more than two-thirds of current recipients – most of them in low-paid jobs – now earn more on unemployment than they did when they were working.

‘There are no jobs’

Mr Humberston says those fears are misplaced. He says he has applied for dozens of jobs in his home state of Oregon with no luck and the real problem is that employers are afraid to hire because of the pandemic.

«I mean, find what job? That’s the thing – there are no jobs around, no jobs anywhere.»

US employers have cut nearly 15 million positions since February. That’s despite strong hiring in May and June, when lockdowns eased and business received payroll support from the government.

That money is drying up and as virus cases surge, a second wave of layoffs is starting.

In an economy reliant on consumer spending, experts warn that now is not the time to remove the unemployment bonus. Some economists have warned that the move could drag down growth by 2% or more.

«The recovery at this point is at significant risk,» says economist Karen Dynan, who teaches at Harvard and is a senior fellow at the Peterson Institute for International Economics.

Other countries, including the UK, have announced additional stimulus measures this month.

Prof Dynan says that with the November presidential election approaching, US lawmakers will ultimately reach some kind of compromise on the unemployment payments, which now reach almost one-fifth of the American workforce.

But she says that by itself won’t be enough. She says businesses and local governments, facing gaping budget holes due to the decline in activity, need support too.

The number of people filing new claims for unemployment edged up last week for the first time since March. Food banks have been overwhelmed and as temporary bans on evictions end, cities are bracing for a wave of homelessness.

People are in «absolute panic» as the deadline for extending the benefit nears, according to Courtney Henley, one of the administrators of a Facebook group that helps people navigate the unemployment system.

Ms Henley, who runs an events business in New York, has relied on the payments herself since the pandemic hit.

Having spent much of the spring in quarantine after contracting coronavirus, Ms Henley says she is starting to think about how to reinvent her business for digital gatherings. But many of her clients are small businesses, who are also hurting.

«Pretty much everything I do, I can’t do now,» she says. «If that goes away, I will be looking at not being able to pay bills at all.»

She says Republicans are not being «realistic» about the state of the economy.

«Things have not reopened yet. People are still recovering,» she says. «We’re just hoping that our government doesn’t just leave American workers to starve.» 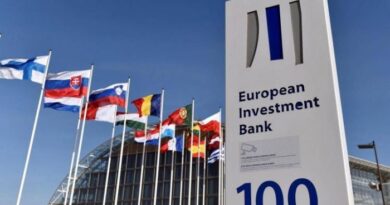