Around 20 unemployed workers are chasing every job vacancy in poorer parts of the UK, with that number rising to 50 in the areas worst affected by coronavirus, a study shows.

The Institute for Employment Studies (IES) said ex-industrial and inner city areas like Broxtowe in East Midlands and Brent in London were hardest hit.

In wealthier areas, there were five people out of work for each vacancy.

The government said it had supported the economy with unprecedented action.

But some economists warn unemployment could surge this year, as businesses struggle to recover from the lockdown and wage support schemes end.

This week official jobs data showed the number of workers on UK payrolls fell by more than 600,000 between March and May.

And fewer jobs are being advertised. The IES said there were just 368,000 live job vacancies in the UK currently, about 45% lower than pre-crisis levels.

The think tank compared that figure to the number of people claiming work-related benefits, which includes the unemployed. It found that as many as 50 people were chasing every job in 11 local authorities, including:

By contrast, there were 12 more affluent local authorities with as few as three claimants per vacancy, including Kensington and Chelsea in London, Chichester, and Warwick.

«This crisis has affected all parts of the economy, but it’s clear that it is hitting some places harder than others,» said IES director Tony Wilson.

«Many of these areas were struggling before this crisis began and are in even more trouble now.»

A swathe of businesses have announced job cuts as the economy has contracted sharply due to the pandemic, opting not to furlough those workers instead.

The study found what it called «tentative signs» that the hiring market was starting to recover as businesses began to reopen, including a rise in new vacancies in June.

There had also been an increase in vacancies in areas such as education, health and social care.

However, it said recruitment in sectors most affected by the shutdown remained depressed – with vacancies in sales and in hospitality running at just 21% and 13% of pre-crisis levels.

Employment minister Mims Davies said: «We know it’s a challenging jobs market for many at the moment and some sectors have been hit particularly hard.»

«That’s why we’ve taken unprecedented action to support our economy during this emergency, protecting millions of jobs and thousands of businesses through the furlough scheme, grants, loans and tax cuts.» 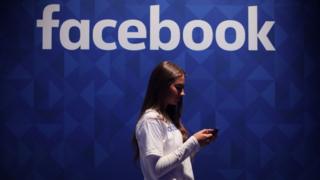