Fortnite-maker Epic Games has filed a fresh injunction against Apple in its continuing dispute with the technology giant over its App Store policy.

Apple removed Fortnite from the store after the game offered a discount on its virtual currency for purchases made outside of the app, from which Apple receives a 30% cut.

Epic says the fee is unfair.

And now, it says, Apple has threatened to remove it from its developer programme, on 28 August.

This would leave it unable to offer any other games or apps on Apple platforms.

Offering in-app purchasing only is a condition of being on both Apple’s App Store and Google’s Play Store – and both companies take the same percentage of sales.

After circumventing the rule, Fortnite was removed from both stores last week. It has filed separate legal complaints against them.

Existing Fortnite players on these platforms (iPhone or Android phones, for example) still have the game but are currently unable to get updates, which are regularly released elsewhere.

Apple has given Epic two weeks to re-instate the in-app payments if it wants Fortnite to return to the store.

In its latest legal papers, Epic says it will be «irreparably harmed» by being completely removed from Apple’s developer programme.

The ban would also include its Unreal Engine, a popular graphics tool widely used by third-party developers of other games, films and virtual reality – meaning they too would have to find an alternative tool.

In a statement, Apple said the rules applied to every app in the store and Epic had created the problem for itself by choosing to break the terms.

«We won’t make an exception for Epic because we don’t think it’s right to put their business interests ahead of the guidelines that protect our customers,» it said.

Epic accused Apple of operating «a complete monopoly» over the one billion users of its operating system, which underpins all Apple devices, including the iPhone, iPad and Macbook.

Apple responded Epic had itself benefited from being on the App Store and had «grown into a multibillion dollar business».

Epic is not the first developer to take issue with the App Store’s fee structure, although it is perhaps the biggest.

In June, an email app called Hey also took a stand against it.

«If we don’t like the deal Apple is offering us – which is to either pay them 30% or get kicked out – what are we going to do about that? Where are we going to go?» developer David Heinemeier Hansson told BBC News at the time.

«If you launch a new piece of software today and you’re not available on the iPhone, you’re invisible.»

The EU is investigating whether Apple’s App Store conditions violate its competition rules.

And last month chief executive Tim Cook appeared before the House Judiciary Antitrust Subcommittee, in the US, alongside counterparts from Amazon, Facebook and Google.

They all faced claims they had abused their market-leading positions. 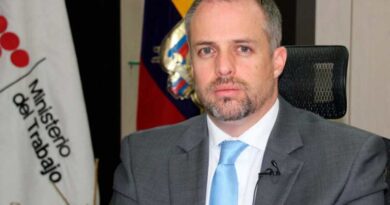