When Ffion Storer-Jones wants to make an urgent work call she packs up her «portable desk» and sets off on a hike.

Broadband and phone signal is so bad in her home in mid Wales, she often has to go up a hill to get 4G.

With more of us now working from home, Future Generations Commissioner Sophie Howe has said broadband must become as essential as «gas, electricity and water».

The UK and Welsh governments said they had invested millions in broadband.

According to Openreach, 95% of Welsh homes and businesses are now receiving superfast broadband, more than in France and Germany – up from 44% in 2013.

But with many normally office-based staff now having to work from home during the coronavirus pandemic, some living in rural areas not covered, known as «not spots», say they are struggling.

While broadband is not devolved, the future generations commissioner has now put forward a five point plan for the Welsh Government calling on them to make broadband a «key public service or utility» in Wales.

Ms Howe said she expected more people to work from home even after lockdown was lifted and ministers should improve broadband infrastructure to help create a «greener Wales» by reducing the need to commute and travel to meetings.

She said: «Think about the way rural economies could be transformed if this way of working became the new normal.»

Ffion, who lives near Dolanog, Powys, has a backpack with a laptop and phone, ready to hike up a hill to make an urgent call or share large documents.

Having struggled to take part in meetings, she has mapped out where the 4G hotspots in her area are.

At the start of lockdown, Ffion was working from her family home for a non-governmental global health organisation based in Brussels, and campaigning for the Rural Youth Project, an international organisation that aims to make rural places viable for young people to live and work.

«The demands of daily calls, work webinars, video uploading and working on a team cloud-based system full-time on poor connection was challenging,» she said.

She said moving outside to find a better 4G connection was «not always easy».

«Whether it’s pouring down with rain or you don’t have a laptop maybe… and it’s expensive in terms of data which in my case is not unlimited,» she added.

‘Running a council with no 4G’

Denbighshire council leader Hugh Evans has been trying to lead the local authority from his farm near the village of Llanelidan, Ruthin.

But he lives in a «not spot» and has been unable to see his colleagues, as he has to phone into meetings rather than taking part in video streamed meetings online.

«Sitting in a meeting for me is about seeing how people react, seeing their body language. That’s gone,» he said.

He said while he was not complaining, running the cabinet from home without being able to see anyone was frustrating.

«It’s not an ideal scenario, where I feel in a rural area where I live, the digital investment has not kept up with the towns and cities.»

‘There’s now no limit to our business’

For Sarah Day good broadband means the sky is the limit for the company she works for.

As chief executive of Abercynon-based Practice Solutions, which supports health and social care companies, she said that the move to online meetings meant they could work with people across Wales, rather than having a local focus.

«Now we’re able to deliver that business virtually, there is no limit to who and where we may engage in other business opportunities in the future,» she said.

But she said she had noticed people living in some more rural areas struggled more than others, and digital infrastructure needed to improve so everyone could «work well at home».

From June all 60 members of the Welsh Parliament will be able to take part in virtual sittings of the Senedd.

To date only a number of politicians have attended the video meetings, casting votes and quizzing ministers.

But Brexit Party member Mandy Jones, who represents north Wales, said the digital meetings had been hard for those living in rural communities.

She said living in a rural part of north Wales «means that my internet connection isn’t always strong enough to conduct all my work from home».

But the Senedd said its IT team had not had any complaints from members about connection problems.

While broadband is not devolved, and is the responsibility of the UK government, the Welsh Government said it had invested £200m in improving infrastructure, via its Superfast Cymru scheme.

A Welsh Government spokesman said: «We agree that broadband should be treated as a key utility like powers and water and have called on the UK government to introduce a proper Universal Service Obligation on providers.

«We have a range of measures to help those still not connected including voucher schemes, a further full fibre rollout and a new £10m community fund which we are developing with local authorities.»

The UK government’s Department for Digital, Media, Culture and Sport said it had spent £1.7bn on delivering better broadband across the UK.

«The funding has helped make superfast speeds available to 92% of premises in Denbighshire,» he said.

«It is fantastic that many rural homes and businesses in Wales are taking advantage of our voucher scheme subsidising the installation of gigabit-speed broadband, but we know there is more to do.

«So we have committed a further £5bn to make sure the hardest-to-reach areas don’t miss out on even faster internet speeds.» 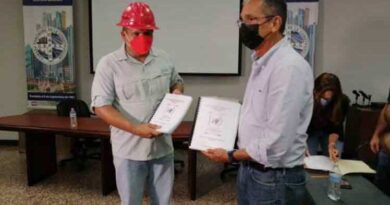 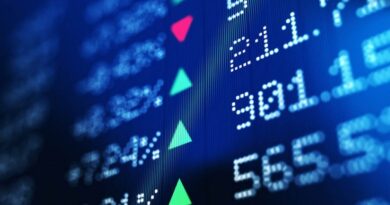