Some construction firms still can’t be trusted to make buildings that are safe from fire, the National Fire Chiefs Council (NFCC) has warned.

Its safety head Nick Coombe said some building firms had barely improved since the Grenfell disaster in 2017.

The Federation of Master Builders, which represents small contractors, said it was trying to create a safer industry, with licensed firms.

Build UK, which represents the wider industry, declined to comment.

The National Fire Chiefs Council said the construction industry was “broken” and couldn’t be trusted to follow rules.

Mr Coombe said many reforms were needed, especially to building regulations, which allow builders to choose an inspector to certify their building safety.

The current inspection system was devised by the government in the 1980s to speed up the timetable for buildings.

Ministers were concerned that local council inspectors were delaying projects, so they allowed private inspectors to compete on speed of approval and cost.

The builder effectively employs the safety inspector: critics say it’s like students choosing who they’ll pay to mark their exams – except people’s lives are risk.

Mr Coombe said: “This doesn’t drive standards up. It means the developer controls the amount of visits from a building inspector. We have had people shopping around for building controllers who would accept their work.

“If you build a house extension the local authority are all over you. If you build a tower block or a shopping centre there’s a free-for-all.”

In that document the fire council warn: “It is our opinion that some within the wider industry are not acting responsibly when designing and approving buildings.

“Banning things [such as flammable cladding] is no guarantee that people will follow the rules, and it is our view that much of the combustible cladding on the side of buildings is already banned under the current regime.

“To date, there is little evidence of a culture change [since Grenfell]. There is much more to be done to ensure the safety of building occupants, now and in the future.

“NFCC advocates that the current building control system is overhauled to ensure that it is robust, independent of client and market influence, and has sufficient teeth to enforce appropriate fire safety standards as necessary.”

The response to the horrific Grenfell fire has had some side-effects. Some building firms report huge delays to construction, while developers, architects and builders argue over liability for safety.

The owner of one building firm, who didn’t want to be named, said: “Building projects are being dictated to now by the insurers. Premiums have shot up. There’s a passing of responsibility right down the food chain [from developers to architects to contractors to sub-contractors].”

The Grenfell effect has also deterred architects from designing buildings with wood in the wall construction.

Governments in the USA, Canada and Europe are promoting the use of timber in buildings to help combat climate change, because it locks in CO2 that trees have taken from the atmosphere.

Meanwhile in the UK the government proposes that the maximum height of buildings with wood in the walls to be no more than four storeys.

Mr Coombe said the NFCC didn’t want to block the use of wood in buildings, but insisted that fire safety tests should be done in the UK to prove the safety of design.

A government spokesperson said: “The Grenfell Tower fire was a devastating tragedy and we are as determined as ever to ensure this can never happen again.

“Safety is paramount – that’s why we’ve announced the biggest changes to building safety in a generation which will deliver meaningful and lasting change for residents.

“We are carefully considering the responses to our consultation and will respond in due course.”

Brian Berry from the Federation of Master Builders said: “Our members, the vast majority of whom work in domestic repair and maintenance or are small house builders, know that quality and safety must be at the heart of building projects.

“We are leading moves to create a more professionalised industry and advocate licensing of all UK construction companies.”

BuildUK has a very broad membership across the industry and on some issues its members find it difficult to reach a consensus. 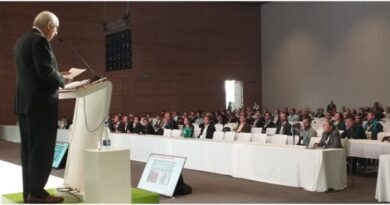