Unilever, the Anglo-Dutch maker of Ben & Jerry’s ice cream and Dove soap, is to combine its two businesses into one structure in the UK.

It comes after the firm tried to combine into a Dutch company in 2018.

The plan, which some suggested was linked to Brexit, was abandoned after UK shareholders objected.

Unilever said no jobs would be lost in the latest move, and its existing headquarters in Britain and the Netherlands would stay where they were.

«It’s a big departure from the failed plans of 2018, when the group sought a single listing in Amsterdam,» said Sophie Lund-Yates, an analyst at stockbroker Hargreaves Lansdown.

«Unilever’s sales have been lacklustre of late, and the pursuit of a single listing is Unilever’s way of making sure it’s in the best possible shape to start the difficult process of rejuvenation.»

However, she added that the «big question» was whether shareholders in the Netherlands would try to block the plans, as their British counterparts did in 2018.

Currently the two firms’ shares are listed independently in London and Amsterdam, with slightly more of the value of the joint enterprise held in the Netherlands.

This led to the original proposal of making it a Dutch firm, which some speculated was linked to Brexit – claims the firm denied.

Later in 2018, when it became clear that Unilever would lose its place in the index of Britain’s top 100 companies, the FTSE 100, UK shareholders objected and the deal faltered.

The new structure will make it a legally simpler business under Unilever Plc. The board will meet in London, whereas before it would alternate between its two homes.

Reports of the death of the City of London as the centre of European finance appear to have been greatly exaggerated. Unilever’s decision to end its unusual two-country corporate structure after 90 years is, at its heart, a triumph of money (the City) over politics (Brexit).

Unilever has been under pressure from shareholders to simplify its structure for more than a decade. Many investors have thought the complexity cost money, made it difficult to shed poorly performing divisions, or made the company unattractive to potential suitors.

Two years ago , in the wake of a takeover approach from America’s Kraft Heinz, Unilever decided it would bow to pressure. It would move its corporate headquarters to Rotterdam – the only problem being that the move would mean it would have to be removed from the FTSE 100 index of the largest companies listed in London. Shareholders were far from happy, and quickly put a stop to the move.

Unilever has since continued with the simplification plan, and has arrived at a predictable conclusion. The Dutch arm will be subsumed into the UK entity, and the new parent company will be Unilever plc. It remains to be seen whether the government of Netherlands will try and overturn the decision. For the moment, however, the power of the City has prevailed.

How backpacking towns are coping after being left empty by coronavirus 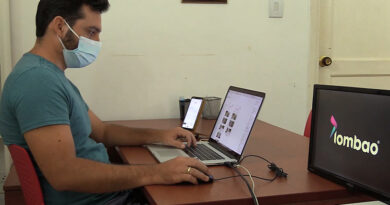 Thousands of migrants denied help in the pandemic