The Bank of England governor has told lenders to be ready for the possibility that the UK and EU fail to agree a free trade deal by the end of the year.

On a call with financial firms, Andrew Bailey stressed the importance of ensuring the financial system could cope with a no-deal, Sky News reported.

The Bank said the reminder was part of its regular weekly call with lenders.

It comes as the UK and EU continue to negotiate over their future trading relationship, in a fourth set of talks.

However, key sticking points remain. The UK left the EU in January but is covered by a transition period until the end of this year. The UK has consistently said it will not ask for a longer transition period.

The Bank of England said Mr Bailey «meets the leadership of UK banks on a very regular basis».

«As we have said previously, the possibility that negotiations between the UK and EU over a future trading relationship might not conclude in a deal is one of a number of outcomes that UK banks need to prepare for over the coming months,» the Bank said in a statement.

«It is fundamental to the Bank of England’s remit that it prepares the UK financial system for all risks that it might face,» it added.

The UK and EU sides still have key sticking points in negotiations that are taking place, the BBC’s Katya Adler told the Radio 4 Today programme this week.

She said that negotiations have faltered and been delayed due to the coronavirus pandemic, so time is tight, and that if there are clashes between the two sides, because the talks are taking place online there is less opportunity to walk around the block to try and reach a consensus.

Sticking points include common standards on the environment and labour markets and how disputes over those standards will be resolved, and access to fishing grounds.

Some of the fundamentals of a no-deal Brexit have remained the same.

On Wednesday Japanese car giant Nissan said that the UK’s largest car manufacturing plant is still under threat if the UK leaves the European Union without a trade deal.

Similarly, the Bank of England has warned about the negative economic effects of a no-deal Brexit for a number of years.

The Bank has done stress tests looking at the effect of a «disorderly» Brexit on the banking system, and in 2018 said that major UK banks have enough capitalisation to withstand the shock of a no-deal Brexit.

In short, the UK banking system would be strong enough to deal with it.

In March, as the effects of the coronavirus crisis began to bite, the Bank said that due to «extensive preparations» by authorities and the private sector, if there was a no-deal Brexit, most risks to cross-border financial trade had been mitigated.

Eat out to help out: More than 10.5 million meals claimed in first week 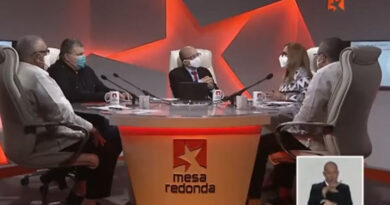