The coronavirus pandemic has been a massive blow to the economy, hitting jobs and businesses hard. The Bank of England is expected to announce billions of pounds’ worth of additional support for the economy in another round of «quantitative easing».

So what does this mean in practice?

What is quantitative easing meant to do?

When economic times are hard, people worry about losing their jobs, and grow wary about spending money. Businesses see their customers staying away. They start losing money, and may have to lay off workers.

Normally, the Bank of England would try to make things better by lowering interest rates.

Lower rates mean you get less interest on your savings, so it’s less attractive to save money than to spend it. And lower interest rates make it cheaper to borrow money, so it’s easier to buy a new house, or car, or expand your business.

But interest rates are currently just above zero – there’s no scope for another big cut.

That’s why the Bank does quantitative easing (QE). It’s another way to encourage spending and investment.

How does QE work?

The Bank of England oversees the UK’s money supply – so it can create new money electronically. (QE is sometimes called «money printing» though no new bank notes get printed).

The Bank spends most of this money buying government bonds.

Government bonds are promises to pay back a certain sum of money in the future, and pay interest in the meantime.

Buying billions of pounds’ worth of bonds pushes the price up – when demand for anything increases, the price usually goes up too.

Many interest rates offered by banks to businesses and individuals influenced by the price of government bonds.

So if those bond prices go up, the interest rates on those loans should go down – making it easier to borrow and spend.

In addition, many investors buy government bonds in times of crisis, as a safe place to put their money, as the UK government has never failed to repay a bond.

If the Bank of England drives the price of those bonds up, that safety becomes more expensive.

Those investors may be encouraged to buy shares or lend money to businesses again – both of which will help to support the economy.

Has it happened before?

The first QE programme in the UK was launched in 2009 when the financial crisis was threatening the economy, unemployment was rising and the stock markets were in freefall.

The Bank of England had already cut rates from 5% to 1%, but it felt that more was needed. So on 5 March, it cut rates to 0.5% and announced a £75bn programme of quantitative easing.

Since then, that figure has risen to £645bn, as the Bank launched new rounds of QE after Eurozone debt crisis, the Brexit referendum and the coronavirus pandemic.

A number of other countries started QE programmes after 2009, including the US, the Eurozone and Japan.

What was the impact of QE?

Most research suggests that QE helped to keep economic growth stronger, wages higher, and unemployment lower than they would otherwise have been.

However, QE does have some perverse effects.

As well as bonds, it increases the prices of things like shares and property. This tends to benefit wealthier members of society who already own these things, as the Bank itself concluded in 2012.

Meanwhile, younger people found it harder to buy their first homes and build up savings.

Was it bad for pension funds?

Another important side effect of QE hit the pensions. Government bond prices are used to estimate how much it will cost to provide pensions in the future.

If those bond prices go up, the cost of providing future pensions rises. As a result many firms were obliged to make bigger payments into their pension schemes, reducing money available to invest elsewhere.

And in many cases, QE will have contributed to the decision to close pension schemes altogether.

More than 30% of the national debt has been bought by the Bank of England through QE.

Having this eager buyer with extremely deep pockets makes it easier for the government to raise more money by selling bonds.

That will give it more scope to borrow for other measures to combat the economic effects of the pandemic, from furlough schemes to extra money for the NHS and support for businesses.

The government also pays much less interest on bonds owned by the Bank of England than other lenders – another burden lifted from the public finances.

Coronavirus: Greggs to reopen 800 shops for takeaway on Thursday 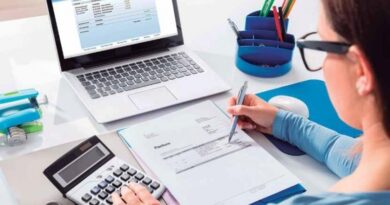 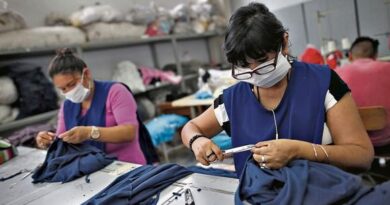